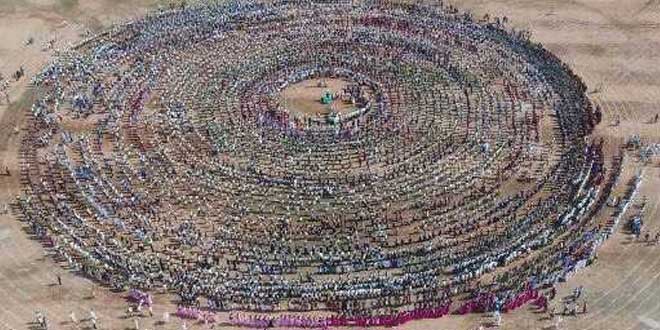 New Delhi: Chaos, confusion and a place that is jammed packed is what one imagines when more than 10,000 people gather at the same time in the same place. But not in the case of Karnataka’s Koppal district. The district in fact took advantage of its huge population to eradicate open defecation. On August 8, when the government sent out circulars asking the local bodies across India to celebrate ‘Freedom From Open Defecation’ week in a creative yet an educative manner, the Chief Executive Officer skipped all the already adopted Information Education and Communication (IEC) activities and instead opted for a human chain.

Taking forward government’s message of conducting several activities relating to sanitation and cleanliness across India, Karnataka’s Koppal district gathered more than 10,000 people from four of its tehsils and formed a spiral chain covering about 15 kilometres. 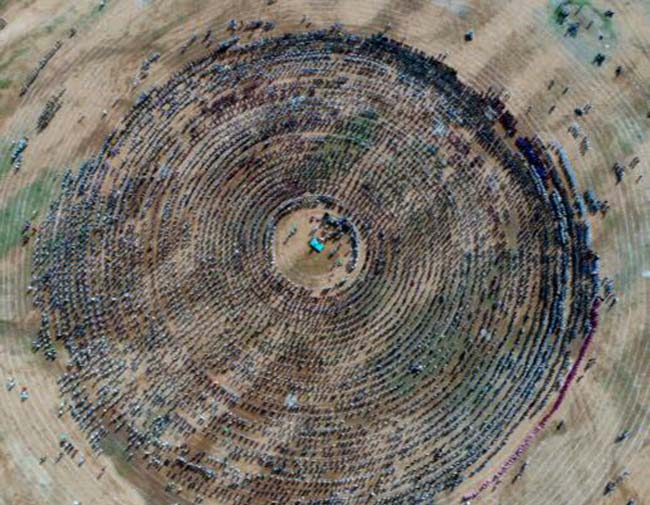 10,000 plus people participated in the swachhta activity

On August 11, 10,000 people mostly comprising students reported at Headquarters of Koppal, sharp at 8.30 in the morning and within an hour the humongous chain was formed with the help of Physical Training (PT) teachers and a few government employees. Adopting the pattern followed in schools, the event started with an oath taking ceremony where all the students pledged to build toilets in their respective houses and discourage others from defecating in the open. Followed by a round of informative session on ill-effects of open defecation. 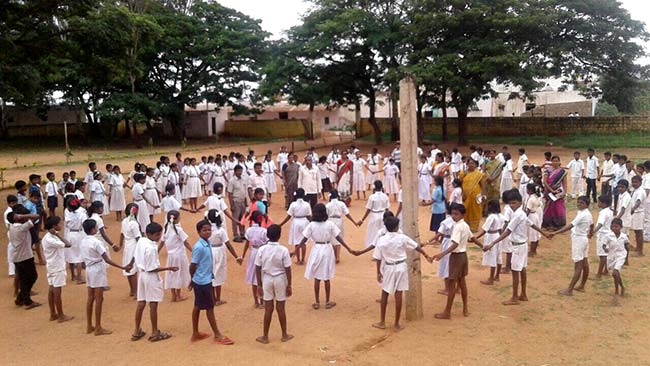 Talking to NDTV Venkat Raja, Chief Executive Officer, Koppal Zilla Parishad says, “Children, being the Swachhta agents, it is comparatively easy to spread the message of building a toilet through them. It is difficult for parents to say no to the child especially when it is beneficial for the entire family. And the human chain certainly did get the required attention from Koppal’s residents.”

It took nearly 10 days for all the civic officials to organise this IEC event, headed by Mr Raja, “We travelled from door-to-door requesting the parents to send their children for this activity. Apart from children, we also targetted the Forest Division, Aaganwadi workers, ASHA workers and the police force who were also part of the chain,” he adds. 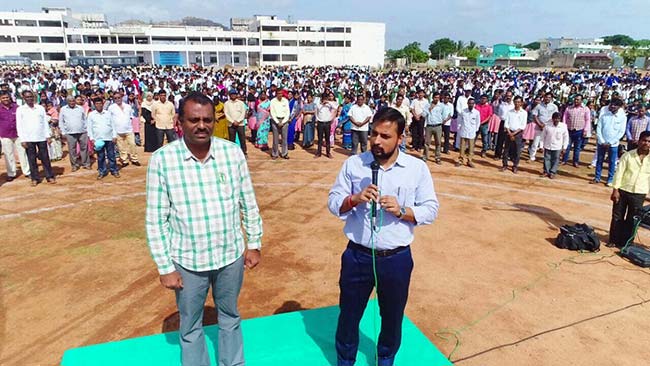 Besides this, the district is also conducting other awareness programmes – from bike rallies, prabhat pheris to awareness yatras – across all the four tehsils. The civic body also plans to make low cost urinals from waste water cans (20 Litres) for district schools, “We plan to utilise the waste water cans and make such urinals in about 1,000 schools, Mr Raja says. 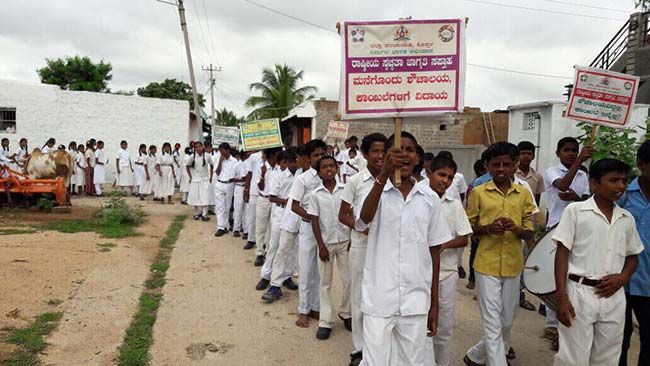 The children of Koppal district become agents of Swachhta

The initiative (Khule Mein Shauch Se Azaadi Week – Freedom from Open Defecation Week) is an extremely productive move which serves dual purposes of not only making toilets in all the houses but at the same ensuring that toilet usage is 100 per cent. This activity is an example that if people come together and decide to do something like forming a human chain, the same people can even end open defecation, explains Mr Raja.

Since the commencement of Swachh Bharat Abhiyan, in 2014, 59,565 toilets have been constructed across the district. With a target of constructing around 50,000 toilets in next two months, the district aims to go Open Defecation Free by October 2 this year, confirmed Mr Raja.

24 states across India have come forward with their respective Swachhta Action Plans  to participate in the week long programme, to reinforce their swachhta efforts through innovative methods and with community engagement.