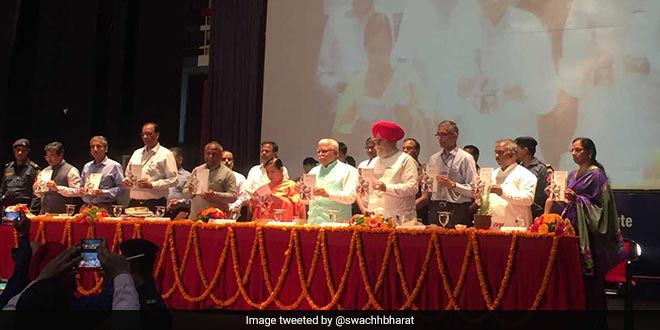 GOBHAR Dhan scheme is an important part of ODF plus strategy of Swachh Bharat Mission Gramin (SBM-G) which will support villages in bio-waste management. The scheme has been introduced to ensure better environment and generate wealth from waste, will see conversion of cattle dung and solid agricultural waste in farms to compost fertilisers, bio-gas and CNG.

GOBAR Dhan scheme proposes to cover 700 projects across the country in 2018-2019. The scheme will be implemented in two phases that is 350 projects in first half of the year and rest in the second half.

6 Objectives Of The GOBAR Dhan Scheme

The main aim of the scheme is to ensure cleaner villages through solid waste management, increased rural income and reduced environmental impact. With this, the scheme will impact different sectors.

Sharing the benefits of the scheme, Chief Minister Manohar Lal Khattar took it to twitter and said, “This plan will prove helpful in converting cattle dung and solid waste into useful manure, biogas and Bio-CNG. The scheme will also help to keep villages clean and generate energy on the other hand where the income of farmers and shepherds will increase.”

Earlier in February during his 41st Mann Ki Baat, Prime Minister Narendra Modi also talked about GOBAR Dhan scheme and explained how other countries are making use of it. He said,

India is home to the highest cattle population in the world with the daily output of 3 million tonnes of cow dung which could be utilised effectively. In some countries in Europe and in China, animal dung is already being used to produce biogas and energy. Till now, we were lacking in infrastructure and capacity to utilise our vast resources of cow dung. Under the Swachh Bharat Abhiyan, we are moving rapidly to make good use of cow dung.