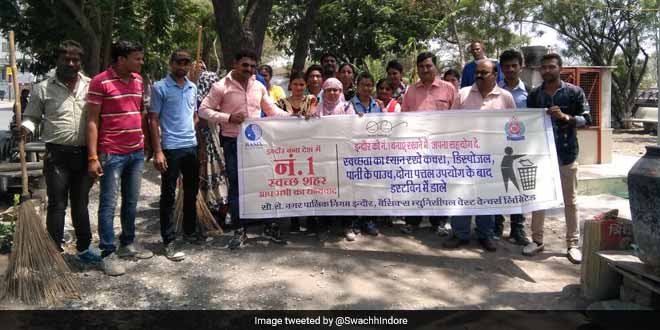 Indore, the cleanest city of India, is the chosen venue for launch of the nationwide waste segregation programme on World Environment Day on June 5. The event will inaugurated by the Union Minister of Urban Development, M Venkaiah Naidu. In the recent ‘Mann Ki Baat’ Prime Minister Narendra Modi said that the government will launch a “massive” cleanliness campaign in 4,000 cities of India to implement the practice of segregating waste at source .

The announcement comes in a month after the Ministry of Urban Development said it will run a four-month long awareness campaign teaching citizens the process of segregating waste. The aim is to set a world record for maximum number of people pledging to segregate waste, on completion of the campaign on October 2 this year.

Keeping in mind this year’s theme of waste management, the Indore Municipal Corporation (IMC) will display tools, equipment and models adopted to maintain cleanliness since the launch of Swachh Bharat, confirmed Asad Warsi, Swachh Bharat Mission Consultant with the IMC. Customised municipal vehicles for waste segregation, mechanised vacuum machines to solve city’s litter problem, waste-to-compost plants and various other devices that were used, which helped the city get the cleanest tag award in the recent Swachh Survekshan results will also be displayed at the exhibition.

To implement waste segregation in an efficient manner, the IMC had declared a healthy competition among 85 wards of the city in March. In the event, the top five wards will be felicitated by Mr Naidu under the ‘Best Waste Segregation’ award.

As the centre preps for the big launch on June 5, the IMC on May 30 organised a rally in various wards of the city to educate people about separating dry and wet waste.

As part of the waste management drive, the IMC will distribute 26,000 blue and green coloured dustbins in slums and economically backward areas of the city.