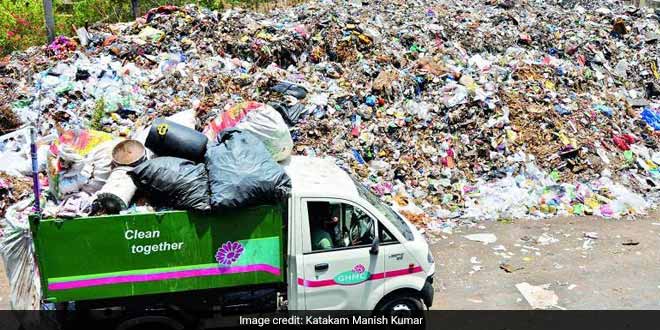 Continuous monitoring and self-assessment are two aspects of the Swachh Bharat Abhiyan which both district administrations and civic authorities across the country are trying to adopt. The city of Greater Hyderabad, post achieving the 22nd rank in Swachh Survekshan 2017 has its focus now set on bettering the sanitation and waste management scenario of the city. And to do this, the Greater Hyderabad Municipal Corporation (GHMC) has developed a self-assessment form to be filled up by the municipal circles in the city to ease the task of assessment.

Greater Hyderabad has seen tremendous improvement in handling civic issues such as sanitation and waste management, in the past two years. In 2015, the city ranked 275th out of 476 surveyed cities and towns. Its average ranking was attributed to unplanned waste management and lack of enough public toilets. Within two years, due to the efforts of the GHMC, the city’s sanitation and waste management scenario have improved. To fuel the city’s improvement further, the Self-Assessment Forms will play a key role in identifying individual circle problems and work towards them.

In the last two years, the GHMC has worked relentlessly to ensure better sanitation and waste management systems in the city. We have developed a comprehensive system of waste segregation and collection. The Self-Assessment Forms will help each circle to identify their individual problems and work towards them, said N. Ravi Kiran, Additional Commissioner, GHMC.

The GHMC has divided the city into 30 circles. The parameters of the Self-Assessment Forms are modelled after the parameters of Swachh Survekshan. Four primary categories have been identified, namely Segregation of Waste, Collection and Transportation of Waste, Civic Engagement and Safety and Monitoring. Under these four primary categories, 51 parameters have been identified, carrying a total of 500 marks. These parameters are of several types, some of which include segregation of biodegradable and non-biodegradable waste, door-to-door waste collection, separate collection mechanisms for dry and wet waste and monitoring of public toilets for cleanliness and water supply.

The Zonal Commissioners of all 5 zones have been asked to distribute the Self-Assessment Forms to the respective circle officers from each circle. Each zone is to ensure that all the parameters are carefully assessed and marked upon, so that the shortcomings and focus areas of each zone can be carefully identified post assessment. All the circles have been asked to submit the forms by June 2, so that the GHMC can publish the rankings on World Environment Day, June 5.

The aim of this self-assessment is to identify the areas we need to work on to improve the overall sanitation and waste management scenario. While the overall ranking of the city has improved in the last two years, there are still discrepancies in the performances of each zone. Once we identify the individual problems in each zone, it will become easier for us to work on them, said Mr. Kiran.

Generating around 4,000 tonnes of waste every day, Greater Hyderabad is one of India’s top waste generating cities. The GHMC has employed a workforce of 23,000 people and a fleet of 300 garbage collection vehicles to improve the city’s waste collection and management scenario. In terms of sanitation, however, the city’s requirements of 9,000 public toilets are a larger cause of worry, especially given that the city at present has approximately 300 toilets. The GHMC’s pledge to build 12,000 public toilets in phases, within the next year will also determine how improved the city’s ranking becomes by the next Swachh Survekshan.

Chandigarh Is Stepping Up Its Waste Management Game, Soon The City Will Have Uniform Garbage Collection Rates