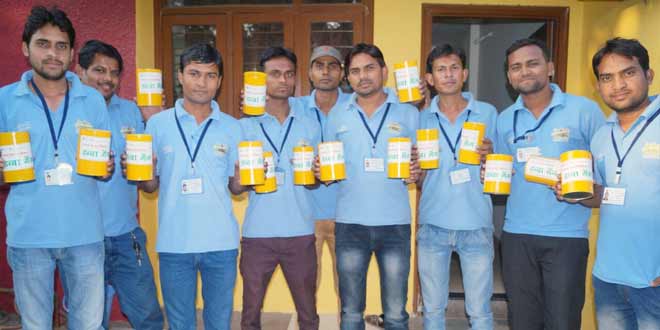 According to the Swachhta Status Report by the National Sample Survey (NSS) Office, more than half the rural population of the country still opts to defecate in the open. To curb this issue, the Indore Municipal Corporation has formulated a novel way to stop open defecation in and around the city – ‘Roko aur Toko.’

The campaign was launched recently with an aim to make the city Open Defecation Free by December 10, 2016 under the Centre’s Smart City project.

Under the ‘Roko-Toko’ initiative, the civic body has formed ‘dibba gangs,’ mostly consisting of school children, who start beating metal boxes loudly if they come across anyone defecating in the open.

“There is just not the ‘dibba gang,’ we have the ‘whistle gang,’ ‘mic gang’ as well – they work in the same routine, if they see people defecating in open they shout and embarrass them. Our motto is to change their behavior,” said Rohan Saxena, Additional Commissioner Of IMC.

The ‘Roko-Toko’ gang members are deputed at various places between 4.30 am and 7.30 am to keep a check. The city’s clean-up marshals also fine person on the spot – Rs. 100, if they see them urinating or defecating in open.

“There are some 85 wards and we have made one group in every ward. Women members, local residents and social activists have also been made part of the initiative. They will educate people against the menace and also inform them about its consequences,” says Rohan Saxena. 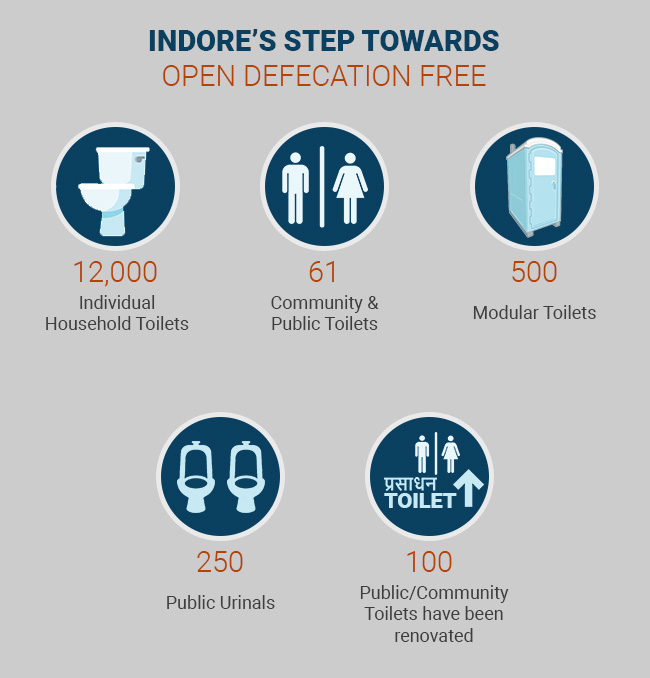 According to the officials, the construction and infrastructure part of toilets has been completed – There are some 12,000 individual household toilets, 61 community & public toilets, 500 modular toilets, 250 public urinals and more than 100 public/community toilets that have been renovated.

To keep a check of quality of public/community toilets, IMC has also formed community groups in each of the toilets so as the maintenance of the toilets can be taken care of.

“We have already achieved the construction of toilets agenda for the city to be declared 100% open defecation free, now it’s all about changing individual’s behaviour and habits. With Roko-Toko movement, we plant to do that,” added Rohan Saxena.

As on 18 November 2016, total sanitation coverage throughout India has risen to 56.98% up from 42.02% on October 2, 2014, the day when the Swachh Bharat Abhiyan was launched. Efforts like ‘Roko-Toko’ will only help take India one step closer to being totally open defecation free.

Also Watch: This American Woman Is Changing Lives In Rural India, One Toilet At A Time

Swachh Warriors: In Just One Week, These Students Created 9000 Toilets In 107 Villages

No Toilet For A Century. Now This 105-Year-Old Is A Swachh Abhiyan Mascot