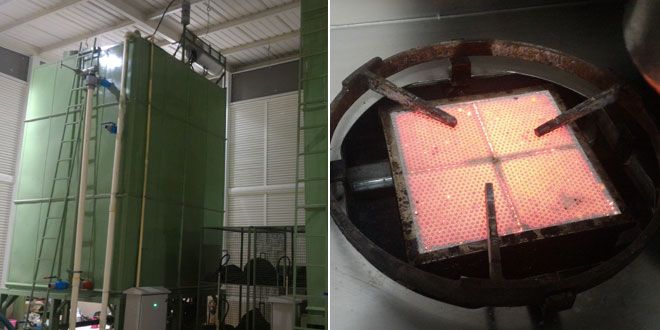 New Delhi: The problem of food wastage in India is so grave that United Nations in its report has described it as an ‘alarming’ one. People in India waste as much food as the whole of Britain consumes per annum, and the overflowing garbage bins and landfills, the mountains of trash, support the fact. According to the United Nations Development Programme, up to 40 percent of the food produced in India just gets ‘wasted’. This staggering amount of food wastage is disconcerting, given the growing population of the country. However, the problem doesn’t end here! This sheer amount of wasted food along with solid waste generated by households and businesses is harmful to both health and environment. The untreated food waste that ends up in landfills gradually rots and generates methane, a strong greenhouse gas contributing to global warming. In addition to this, food waste also represents a great waste of ground water resources used to produce it. And, the problem is expected to grow worse unless effort is made to control this. Recognising all these concerns, the IT major Infosys in its own capacity is working to achieve a target of zero food waste to landfill. By using scientific methods, the company is looking forward to treat 100 percent of the food waste it generates to produce biogas, which will be then used as cooking fuel across all its campuses in India.

To address the problem of food wastage at the generation level, the company has initiated awareness programmes across all its campuses to sensitise employees about food waste management and achieve segregation at source by disposing the food waste in green bins. This food waste then gets treated in the bio-gas plants to produce biogas to be used for cooking purposes. Notably, the company also monitors the food waste generation patterns and then modifies its management plan accordingly.

While speaking to NDTV, Guruprakash Sastry, Regional Head – Infrastructure, Infosys, stated that the company’s Bengaluru campus that hosts over 30,000 workers produces about  one tonne of food waste per day.

Every tonne of food waste is used to produce 140 cubic meter of biogas, which is equivalent to 70 kg LPG. Waste needs to be viewed not as a problem, but as a valuable resource, Mr Sastry further added.

Infosys has installed a total of nine biogas plants and seven compositing plants with a cumulative capacity to treat 3.5 million kg of waste generated by the company per annum. The bio-gas plants come equipped with advanced automation system which allows online monitoring and reduce manual operations.

And to further optimise the usage of bio-gas being generated, the IT major has developed Far Infra-red (FIR) burners that improve the utility of gas usage by almost 25 percent. With this effort, the company has potentially replaced 6,820 commercial LPG cylinders (19 kg capacity) in their kitchens and produces around 300 tonnes of organic compost per annum, which is sent to local farmers.

In addition to biogas plants, the company also has 3.1 TPD (tonne per day) installed capacity of compositing plants in seven of its campuses across India.

Also Read: Trashonomics, A Book That Teaches Children How To Turn Waste Into Wealth

While it is good to treat the food waste to make biogas but at the same time it is important to cut down on food waste. All big companies should responsibly treat its food waste and for individual households, it is advisable to compost food scraps instead of throwing it away. Composting will not only enhance the soil for your lawn and gardens but will also reduce the amount of methane gas emitted from food waste.

Green Fridge: A Class 12 Student Develops A Cost Effective Fridge That Runs Without Electricity To Put An End To Food Wastage