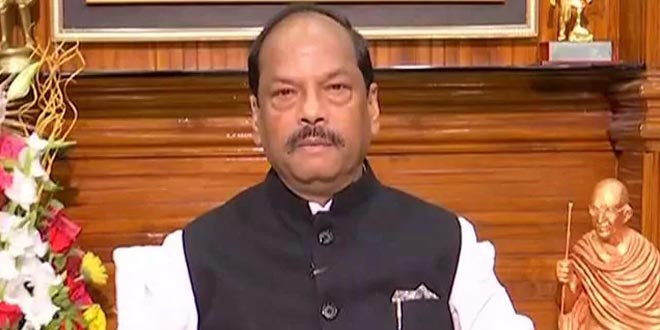 New Delhi: Jharkhand, that became open defecation free (ODF) on November 15, 2017, was declared as the second best-performing state at the Swachh Survekshan 2019 after only Chhattisgarh. Jharkhand’s cities’ performances were recognised in various categories including solid waste management and innovation and best practices. Talking about the state’s achievements under Swachh Bharat Mission on Banega Swasth India 12-hour Swasthagraha, a campaign for a healthy India, Jharkhand’s Chief Minister Raghubar Das said that ‘swachh’ and ‘swasth’ go hand in hand. He highlighted that the people of the state, especially the women were instrumental in achieving the targets under SBM and called for people’s cooperation in making the state healthy.

Also Read: Swachh Survekshan 2019: From Rank 1 to 2, Jharkhand’s Journey As One Of The Cleanest States In India

Mr. Das said that keeping a healthy body is the responsibility of every individual and emphasised on the habit of cleanliness as the first step towards health. He also said,

A healthy mind lives only in a healthy body and healthy ideas come only from a healthy mind. In this direction, after fulfilling the targets under the Swachh Bharat Mission, our government is working towards a Swasth Jharkhand.

He asserted that till 2014, only 18 per cent households in the rural areas of the state had toilets. Today, after five years of constant hard work and intervention, the state government has ensured that every village becomes open defecation free, said Mr. Das. He further said,

We are proud to say that all villages have ended the age-old practice of defecating in the open.

Talking about the contribution of the people, Mr. Das said that the reason why Jharkhand has done well in the Swachh Bharat Abhiyan is because of how conscious people have become towards sanitation. He further said that the pan India campaign has played a big role in ensuring that people adopt safe sanitation.

The chief minister said that 70,000 ‘rani mistris’ (women masons) were trained on the skill of constructing toilets. These women helped in constructing lakhs of toilets across the state and helped the state get ODF status, said Mr. Das.

Mr. Das told NDTV earlier that many districts within the state had an acute shortage of masons to work as part of the Swachh Bharat Mission – Gramin. So, all the stakeholders decided to pool in support in any form possible and many women came forward to be trained for masonry to help in building toilets.

The chief minister signed off with a hope for a healthy and a plastic-free Jharkhand. He said,

We aspire to become the first state of the country with the least amount of plastic waste.

Also Watch: A Healthy Body Responsibility Of Every Individual: Raghubar Das At ‘Swasthagraha’