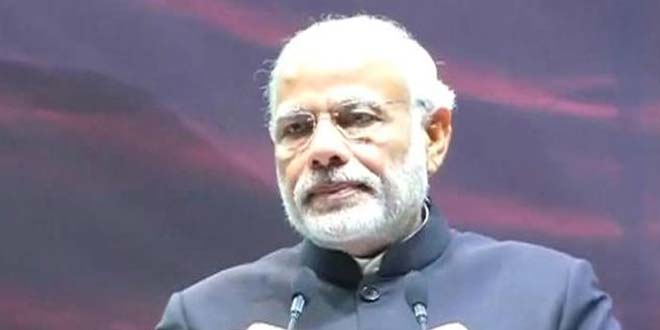 A remote area with tough topography of Jammu and Kashmir – Reasi Block, comprising 13 panchayats, is the state’s first block to be declared open defecation free (ODF). It was commended by Prime Minister Narendra Modi on his monthly ‘Mann Ki Baat’ this Sunday. He also had a special mention for the women of the block for their relentless efforts in spreading awareness about the disadvantages of defecating in open.

“I wish to congratulate the people of Reasi Block and also the public servants of Reasi Block,”said Prime Minister Narendra Modi.  “The women of that area took out torch rallies to spread awareness, went from house to house, street to street and inspired the people towards this goal. I felicitate the mothers and sisters of Reasi from the bottom of my heart,” he said.

Before the Swachh Bharat Abhiyan, only 20 per cent of the households in Reasi were equipped with toilets. The work of building toilets was started in March this year and within a span of three months, 4,000 toilets were constructed confirmed Ravinder Kumar, Deputy Commissioner Reasi.

When asked if the topography posed any challenge in constructing the toilets, the deputy commissioner said, “In the initial stages it was very difficult for officers to reach every household as road connectivity is very poor.”

Convincing villagers to construct toilets was also a herculean task says Mr Kumar, “Since the subsidy of Rs 12,000 is given only after the toilet is constructed, many villagers backed out due to insufficient funds. To break the traditional old practice of defecting in open was another task.”

So how were 24,000 people convinced? Awareness was the key, says Mr Kumar. “We had to literally go from one household to another and convince them. We also told them about how the village’s natural tributaries were getting contaminated due to open defecation,” adds Mr Kumar.

I also congratulate the administrators there for making an excellent beginning by turning one block in the state of Jammu and Kashmir open defecation free, the Prime Minister said during his Mann Ki Baat. Mr Kumar agrees and attributes this achievement to government officials for their hard work and patience.