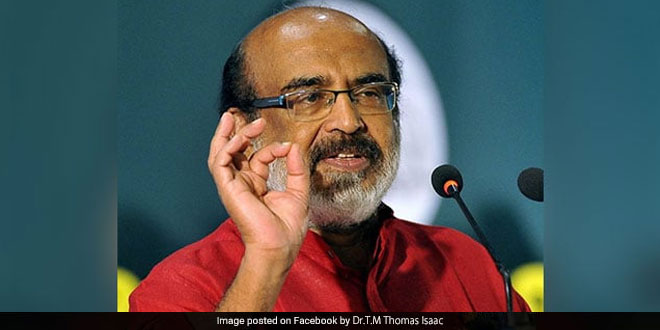 Thiruvananthapuram: Kerala Finance Minister Thomas Issac on Friday presented the state Budget 2020-21 in the Assembly, giving it a ‘green’ touch by proposing total ban on CFL (Compact fluorescent lamp) and filament bulbs, use of solar boats and subsidies for e-autos. In his speech, Issac said that statistics revealed that 2.5 crore LED (Light-Emitting Diode) bulbs were used last year in Kerala. He said that bulbs used in street light and in government buildings will be replaced by LED bulbs and sale of CFL and filament bulbs banned from November 2020.

The Minister said that 500 panchayats and 50 towns, including state capital, Thiruvananthapuram, will attain total cleanliness status in Solid Waste Management in 2021.

Green Protocol should be complied with in all public functions and public offices. The public roads have to be kept clean. There should not be any dumping centres. Rs. 20 crore will be made available to ‘Clean Kerala’ company from the outlay of Suchitwa Mission as a revolving fund.

Another major announcement was on building 12,000 public toilets.

He also mentioned the government’s policy to encourage the use of electric vehicles. The minister said,

To Educate Children About Nutrition, Jammu And Kashmir’s Government Schools Will Now Have Nutrition Gardens