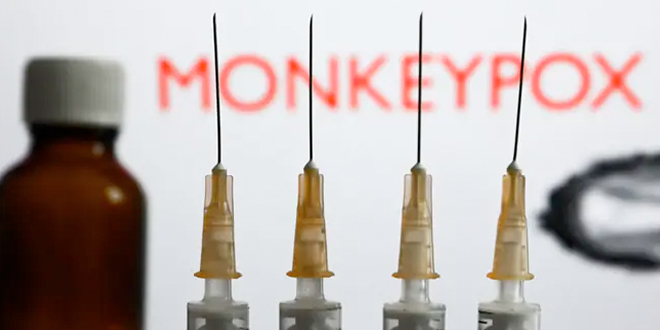 Thiruvananthapuram: The Kerala government has intensified the monkeypox preventive measures in the State in the wake of the first case confirmed in the country, State Health Minister Veena George said on Saturday (July 16) after a discussion with the Central team which came here to assess the situation. The Minister said the Health Department is also observing those with chicken pox or similar symptoms in order to ensure that they do not have monkeypox. She said random samples would be tested to ascertain whether anyone else was infected.

The surveillance at the airport will be intensified. As part of it, the Health Department will hold discussions with the airport authorities. If anyone found with symptoms, steps will be taken to isolate them and ambulances have been arranged to shift them to hospitals, Minister said in a release.

She said training for monkeypox prevention is being held in a comprehensive manner and till now over 1,200 health workers have been trained.

The health condition of the patient who was confirmed with the infection is stable. No one else has been diagnosed with the disease yet. All his contacts are under observation. The Health Department is constantly in touch with his contacts and speaks to them twice a day over phone to enquire about their mental and physical health, the Minister said.

She said the Central team held discussion with her and the health officials as well. They included the principal secretary, the public health officials. They visited the patient at the Thiruvananthapuram Medical College.

The country’s first case of monkeypox in Kerala was confirmed on Thursday through the testing of the samples of the symptomatic person at the National Institute of Virology, Pune.

The first case is that of a Keralite who returned from the UAE on July 12.

All his contacts were identified and 11 of his co-passengers, his family members, an auto-driver, a taxi driver and a dermatologist of a private hospital, where the infected person sought treatment first, are under observation.

A special alert has been issued to five districts as people from Thiruvananthapuram, Kollam, Pathanamthitta, Alappuzha and Kottayam were co-passengers of the infected person on the Sharjah-Thiruvananthapuram Indigo flight that landed here on July 12.

Related Topics:
Kerala Monkeypox
Up Next

Greater Efforts Needed To Get Routine Immunisation Back To Pre-Covid Times: WHO