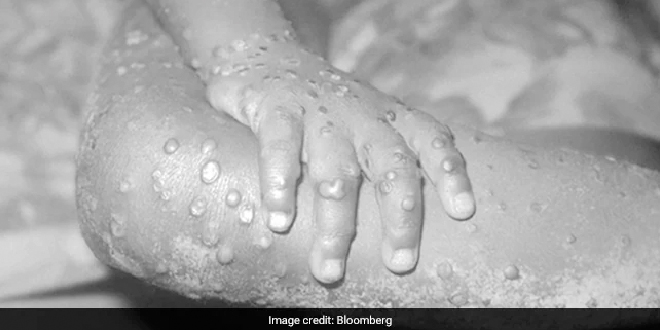 The danger of transmission to wildlife, including rodents such as mice, rats, squirrels, and domesticated pets, which would become a reservoir that will expand across the world leading to the ongoing risk of human infection.

New Delhi: A coalition of scientists formed against the Covid-19 threat has declared the Monkeypox outbreak a Public Health Emergency of Global Concern.

This comes days after the head of the World Health Organization (WHO) announced that the International Health Regulations Emergency Committee has been convened due to the spread of the Monkeypox virus to 32 non-endemic countries.

The experts will meet on June 23 to assess whether the continuing outbreak represents a Public Health Emergency of International Concern, the highest level of global alert, which currently applies only to the COVID-19 pandemic and polio.

The World Health Network declares the monkeypox outbreak a Public Health Emergency of Global Concern, by which it indicates that this outbreak is not limited to a single country or region and should be addressed by immediate actions taken wherever community transmission is taking place in order to ensure that the least effort is needed and the smallest impact is suffered due to this outbreak.

The growth of Monkeypox in 58 countries through local community transmission around the world, with 3,417 confirmed Monkeypox cases reported across 58 countries, and the rate of growth of cases increasing week by week across multiple continents.

In a statement, Eric Feigl-Ding, Epidemiologist and health economist said.

The World Health Network @TheWHN has just declared monkeypox a pandemic emergency. Will the @WHO declare #monkeypox a **Public Health Emergency of International Concern** (PHEIC) later today or by end of Friday?

The severe pain, scaring, blindness, and death, which has been observed in cases of Monkeypox historically.

The greater severity of Monkeypox in children, who have thus far been spared during the current outbreak but are likely to be infected increasingly as community transmission expands.

The danger of transmission to wildlife, including rodents such as mice, rats, squirrels, and domesticated pets, which would become a reservoir that will expand across the world leading to ongoing risk of human infection and the need to modify daily life due to this ongoing risk to avoid exposure in many contexts.

The WHN said actions are needed to prevent widespread public communication about the symptoms that identify monkeypox.

Also, efforts are needed for widespread availability of testing, without restrictions based upon specific measures such as travel, known contact with infected individuals, or membership with specific communities that are hitherto fore high risk.