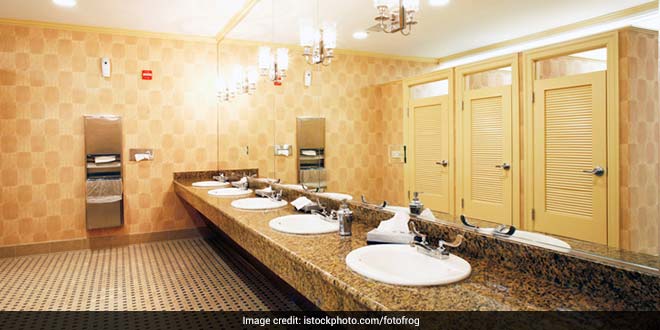 Mumbai: Next time if you happen to be in Kerala or if you are a resident of the state and want to use a public toilet urgently, then worry no more. Simply walk into a hotel or restaurant nearest to you and relieve yourself. In a bid to improve the sanitation quotient in God’s own country, the Kerala Hotel and Restaurant Association (KHRA) has announced a joint venture with the state government titled ‘Kloo Project’ (Kerala+Loo). Hotels and restaurants that are willing to provide their toilet facilities for free to people will be registered with the project.

To help people identify the registered hotels, an application titled ‘Kloo’ will be launched by end of February by Minister of Industries E P Jayarajan. The application will be made available on Android and iOS phones. The GPS-driven app will provide the exact location and other details pertaining to the hotel. The users will also be able to rate the toilets based on their experiences.

We are not forcing anyone to join our venture, it is voluntary and so far over 20,000 hotels and restaurants in Kerala have come on board for the same. Finding a loo, that is hygienic and clean, is a problem faced by people, especially tourists. Many people also feel shy to use a toilet without ordering for food. With this new project, we hope people will stop urinating and defecating in the open, says an official from KHRA.

As a pilot project, close to a hundred hotels in Kozhikode district were selected in November 2018. People of the district were made aware about the project online and offline. The project is currently being carried out and is receiving a positive response from people. The selection of hotels and restaurants were conducted by the health department and faculty from the state institute of hospitality management from the district, to ensure health and hygiene facilities were not compromised.

Before registering the hotels and restaurants, a thorough inspection was carried for a month. The selection process was based on different factors like how many times the toilet is cleaned in a day, electricity, water provision, effective ventilation, etc. The hotels who didn’t match the criteria and wanted to be a part of the Kloo project were given a few days to improve the conditions of their toilets, the official said.

In 2016, Kerala with a population of 3.3 crore was the third state to attain the title of open defecation free (ODF). In the same year the state launched its own initiative ‘Haritha Keralam’ (Green Kerala) to give its Swachh quotient a push.

The state constructed more than 2 lakh individual toilets (2,25,618) in its rural regions and successfully declared 2,027 villages, 152 blocks and 152 districts ODF. Its urban counterparts, since the inception of Swachh Bharat Mission in 2014, have constructed over 2.5 lakh (2,55,335) individual toilets and 17 thousand community toilets.