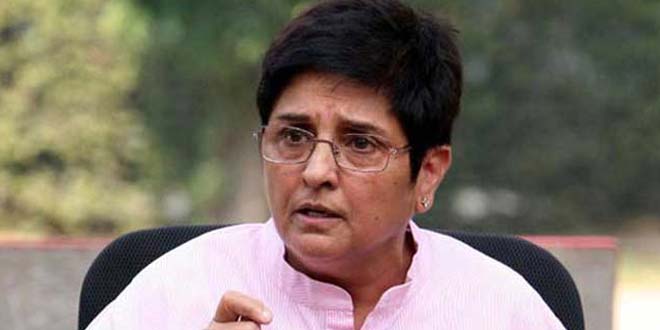 New Delhi: On the eve of India’s Independence Day, Puducherry Lieutenant Governor Kiran Bedi unveiled a 10 point action plan for religious leaders, to ensure priority to be given to sanitation and the need to make the Union Territory open defecation free (ODF). She urged religious leader to encourage their respective communities to discourage open defecation and instead encourage people to not only construct toilets but also use them.

Addressing a joint meeting on ‘Inter Faith Prayers for nation building’ at Raj Nivas, she stressed on the need of developing a healthy and clean environment to prevent children from falling ill. Various cultural programmes were also conducted which highlighted the theme of ‘Clean Puducherry and Prosperous Puducherry’.

She further said that lack of toilets and public latrines can be responsible for children’s deteriorating health.

Hospitals are not solutions to address the health hazards of the children. The solution lies in clean earth and clean environment, she stressed.

Efforts to make Puducherry ODF and increase its sanitation coverage are in full swing with the local government coming out with innovative steps and policy changes. For instance, the administration had earlier this month sent out a circular stating that families, who are availing the toilet subsidy, will be kept out of all government welfare schemes if they do not construct a toilet before September 30.

Under the ‘Clean Puducherry Mission’ Lieutenant Governor Bedi herself cycles through the city every weekend and has also encouraged municipal officials to do the same. Intention behind this is to identify open dumping spots, if there are any, on their way to work and chances are that this would have a spin off effect and garbage would vanish. To ensure a speedy work towards cleanliness, Lieutenant Governor Bedi in March had requested all its Resident Welfare Associations to work in collaboration with the municipal bodies and create a clean and hygienic environment.

Of the four districts in Puducherry, Mahe was recently declared ODF. Lieutenant Governor Bedi has set a target of making Puducherry ODF by October 2 this year.