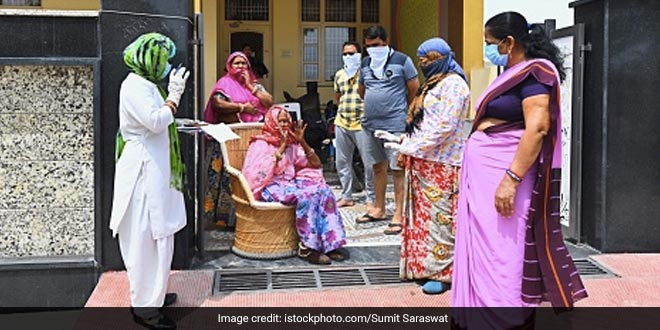 New Delhi: The phase two findings of the National Family Health Survey (NFHS-5) was released by the Central government on Wednesday (November 24). The NFHS-5 findings provide information on population, health, and nutrition for India and each state/union territory (UT).  The findings of phase one of the NFHS-5 for 22 states and UTs were released in December 2020. Under phase two findings, the data of phase one and phase two of the NHFS-5 were used to calculate findings at the national level of key indicators on population, reproductive and child health, family welfare, nutrition and others and as well as for 14 states and UTs, which were not covered in the phase one.

Anaemia & Obesity On A Rise In India: NFHS-5 Findings

The all India findings highlight a sad reality for the country when it comes to anaemia and obesity. As per the data, anaemia has increased in all groups (children, women & men) as compared to the NFHS-4 (2015-16).

The report further stated, “Anaemia among children and women continues to be a cause of concern. More than half of the children and women (including pregnant women) are anaemic in all the phase two states and UTs and all-India level compared to NFHS-4, in spite of substantial increase in the composition of iron folic acid (IFA) tablets by pregnant women for 180 days or more.”

The NHFS 5 result indicates that management of Wasting, Anaemia and Obesity/Overweight and IYCF (Infant and Young Child Feeding) need to be top investment priorities. In India, only 11.3% children between 6-23 months are receiving adequate diet. The rising anaemia and obesity/overweight at national level are a cause of serious concerns. Something is seriously wrong in accessing safe and nutritious diets in our country and we need to fix it.

Further talking about rising instances of anaemia in India, Mr Kar said that it is caused by infection and inflammation (including malaria), iron deficiencies, other micronutrient deficiencies and genetic factors. He added,

It is time for India to come out with a new strategy on reduction of anaemia. Currently, the strategy focuses on iron deficiencies. We need to move out of this and focus on the current health problems.

He also added that all pervasive unsafe food is a cause of concern. Mr Kar said,

Diet with high sugar, salt and fat including trans-fat along with lifestyle issues like inactivity could be a reason for rising obesity/overweight trends in our country. India’s food regulator, FSSAI has a greater role to control all pervasive unsafe food.

Talking about what can be done and strategies India needs to adopt to combat this twin problem of anaemia & obesity, Mr Kar added,

India needs doubling, tripling or quadrupling efforts in many indicators to achieve Poshan Abhiyan and UN Sustainable Development Goals. Our children need a safe and dignified place to survive and thrive.

Attributing the rise in obesity levels in India to easily available high-fat and high-sugar foods in the market, Sheila Vir, a public health nutrition expert and founder director of Public Health Nutrition and Development Centre, said, “We have a double burden of malnutrition and overnutrition occurring together. So, I think what to feed a child is what we are going wrong in. I think, there is definitely a lack of awareness on what are good food habits and what are not. And since the high-fat and high-sugar foods are easily available, there is higher consumption of it.”

Increasing anaemia is surely a matter of concern. Improvement in nutrition indicators is based on several other factors like access to quality food items, food prices, purchasing power and socio-economic situation. This indicates that we need to look beyond the obvious medical reasons and look at it with a holistic approach. All these aspects require closer look to understand the plausible reasons.

Talking about the steps that India needs to take to tackle anaemia, Mrs Varghese further added,

We need to deep dive into the data and understand the drivers of anaemia in India and address the root causes which would include nutritional and non-nutritional causes. Until we know the reasons, our strategy should be to implement available programs with quality and rigour to boost the scale-up. Additionally, emphasising on other factors such as women’s education, haemoglobin testing, strengthening diet counselling especially for pregnant women, and distribution of iron and folic acid tablets would contribute to reducing the anaemia burden of the country.

What Does The Latest National Family Health Survey Reveal About The Nutritional Status Of India?