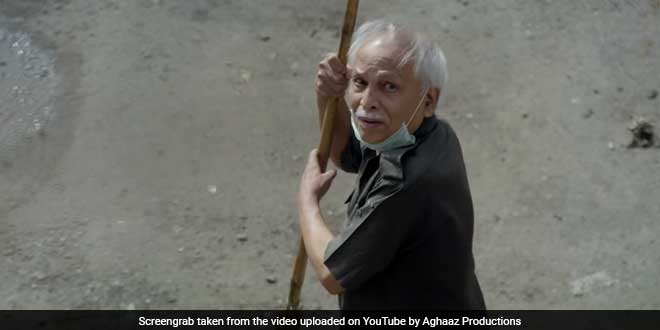 Litter, litter everywhere, no respite in sight! Despite the huge strides, India is making globally in various spheres, one area that has been completely ignored is cleanliness and sanitation. It is ironical that while Indians go to great lengths to keep their homes clean, public littering seems socially acceptable – it is almost as if nobody minds and no one really cares.

To fight this, ‘India’ has personally sent you a letter with a strong ‘stop littering’ message, in the form of a short film – Khat Aaya Hai (A Letter Has Arrived). The film has been created by Aghaaz Productions and speaks about the importance of Clean India and why it should be the responsibility of each and every citizen to keep the surroundings clean to achieve ‘Swachh Bharat,’ dream.

The film shows how a street sweeper teams up with his friend, the postman to stop people from littering their surroundings. When they catch someone littering, they don’t tell them what to do, neither do they stop them from littering. Instead, they do something far more powerful – they send letters on behalf of ‘India’ asking them why the nation is in desperate need of their attention.

The short film has been widely praised for spreading the message of ‘Swachhta.’ However, people now need to take the message from this film and implement it in their daily lives. Now is the time for action.

The film has asked India’s 1.2 billion citizens to take an oath to keep the country clean – by not littering, not urinating in the open, not spitting on the walls, and not throwing waste out of their kitchen/houses.

Can you do this much for the progress of the nation, asks ‘Bharat?’ Watch the short film here:

This Is Asia’s ‘Cleanest Village’ And It Is In India

Budget 2017: A Lot Still Needs To Be Done To Fulfill The Dream Of Clean India, Say Experts