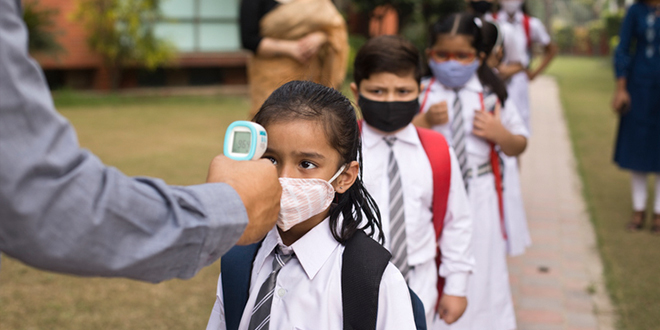 The study found that many of the symptoms children experience post-COVID-19 are similar to those seen in adults, but there are some features more unique to kids

New Delhi: The risk of long COVID in children appears to be lower than what has been reported in adults, according to a study conducted in the US. Some people who have been infected with the SARS-CoV-2 virus can experience long-term effects from their infection which can last for months. The study, published in the journal JAMA Pediatrics, found that many of the symptoms children experience post-COVID-19 are similar to those seen in adults, but there are some features more unique to kids, such as hair loss, skin rashes and diarrhea.

Also Read: The Kerala And Delhi Factor: How Can We Tame The Third Covid Wave? Experts Explain

The risk for post-acute sequelae of SARS-CoV-2 infection (PASC), or long COVID appears to be higher in children younger than five years of age, those with medical complexity and those admitted to the intensive care unit, the researchers said.

There has been a critical need to understand the impact of COVID-19 in children both in the short as well as long-term. This is one of the biggest studies we know of to explore what the post-acute sequelae look like in kids

The study used electronic health record data of 659,286 children tested for SARS-CoV-2 and compared children who tested positive with those who tested negative.

The analysis used data of children and people younger than 21 years of age who underwent testing for SARS-CoV-2 between March 1, 2020, and October 31, 2021.

The researchers identified conditions, symptoms and medications associated with PASC in the one to six months following testing.

Out of 660,000 children who underwent testing, 9 per cent were positive and most were tested as outpatients, they said.

There was also a higher association with mental health treatment among children who tested positive for PASC compared with those who tested negative, they said.

Experts Link Recent Drop In Wheat Production To Climate Change, Urge India To Take It Up At COP27