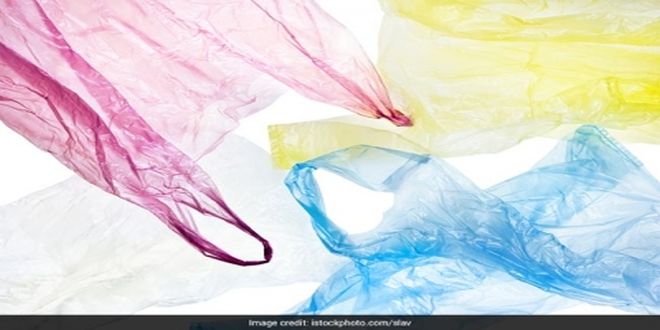 Mumbai: India’s second most populous state, Maharashtra has decided to address the growing plastic crisis by imposing a ban on plastic items ahead of spring festival Gudi Padwa, state’s New Year. From March 18, onwards, citizens found using plastic items including single-use plastic bags, flex boards, banners, and disposable containers and utensils will be heavily penalised upto Rs. 25,000 and can face a jail term for three months. The ban comes in six months after State Environment Minister Ramdas Kadam had taken up this issue with the cabinet.

“The committee will prepare the roadmap for banning rest of the plastic goods. Today, a ban on plastic was approved in principle, but the committee will decide the further action plan,” an official from the environment ministry told PTI.

Along with the manufacturers, users found in possession of plastic bags of any thickness, thermocol, non-woven polypropylene bags, banners, flags, decorative door hangings, plastic sheets and all types of plastic wrappers will have to face the punishment. Certain exemptions will be allowed for packaging for food and other goods.

To eradicate the plastic usage from the state completely and ensure effectiveness on the ban, Maharashtra government will carry out several awareness programmes in the coming few months. The state government will also rope in Self-Help Groups to come up with the eco-friendly alternatives to plastic bags. In the initial few months of the ban, the government will provide financial incentive to those municipalities and village panchayats who go out of their way to tackle the plastic pollution.

In wake of the proposal to ban plastic, plastic manufacturers in the state had last month taken out a massive procession raising concerns over the economic hit the sector is likely to undergo after the ban. With the plastic industry growing at 15% annually, such a ban would lead to unemployment, affect the tourism industry and may hamper the overall GDP.

Keeping in mind the repercussions plastic industry is likely to face, the state has formed an empowered committee to discuss the ban on rest of the plastic goods.

It has been less than 24 hours since the ban has been announced and netizens in huge numbers have hailed the decision. Here’s what they have to say:

Welcome the ban of single use plastic in Maharashtra. Kudos to our Hon. CM, State Environment minister & all responsible for this much needed initiative. Hope other states follow suit soon. #SaveTheEnvironment

Great & a bold decision by the Government of Maharashtra to ban plastic. Heartiest Congratulations to our hon CM Shri @Dev_Fadnavis, Shri @iramdaskadam and the entire team. ……over to you rest of India.

A Decision That Will Protect The Environment: Yuva Sena Chief Aaditya Thackary

Finally a project I was working closely on with Minister @iramdaskadam ji who initiated the plastic ban, has been approved by the Cabinet. I’m extremely happy that this focused ban on single use plastics will take effect soon. This was needed to protect our environment (1/2)

Excellent decision by #Maharashtra @Dev_Fadnavis Government to ban plastic in the State, beginning Gudi Padwa on March 18. Hope it's implemented properly and public supports it.
#SwachhBharat

90% Bottled Water From Leading Brands Found To Be Contaminated Globally