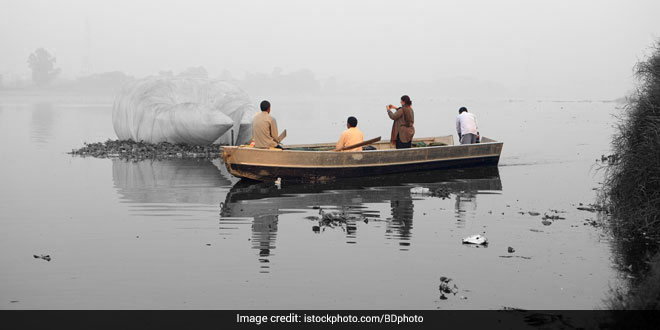 Chandigarh: Haryana Chief Minister Manohar Lal Khattar said that a committee would be constituted to raise the issue of supply of “untreated water” from Okhla barrage to Yamuna river with the Delhi government. The committee will be set up under the chairmanship of the Agriculture and Farmers’ Welfare Minister, O P Dhankar, Khattar informed the Haryana Assembly during Zero Hour.

Chief Minister Khattar said MLAs of the effected districts would be members of this committee which would hold a meeting after the ongoing budget session of the state Assembly concludes.

This is a serious issue and has been lingering at the inter-state level. The committee would discuss the matter with the Delhi government as well as with the Central government.

Besides, it would also explore the possibilities of constructing a separate nullah running parallel to Yamuna river to carry dirty water so that only treated water reaches Yamuna, the chief minister said.

Also, dialogues would be held with the Uttar Pradesh government so that clean water would reach Yamuna from the neighbouring state, Chief Minister Khattar said.

Earlier, many MLAs, including those from the ruling BJP and the Opposition, belonging to places including Faridabad, Palwal and Nuh raised the issue of supply of “untreated water” from Okhla barrage to Yamuna river.