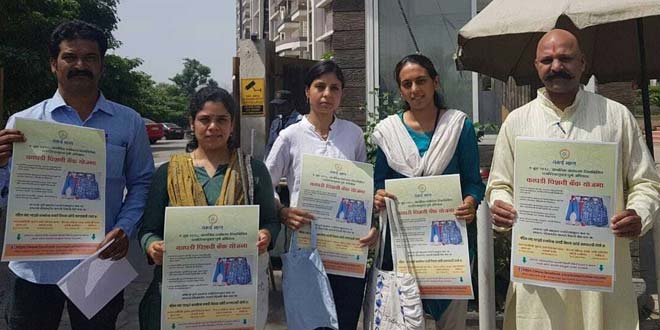 Mumbai: It has been two months since Maharashtra imposed a ban on plastic items including plastic carry bags and yet people, are seen carrying around the banned item. The reason is that polythenes are cheap and easily accessible in abundance when compared to other eco-friendly alternatives. Realising this problem, a few citizen-driven organisations in Pune came up with the idea of introducing a bank in every housing society where people can avail cloth bags for free. The initiative titled ‘Cloth Bag Bank’ was kickstarted this month in Irene Towers.

Plastic carry bags are an integral part of every Indian household. I have seen my elders storing plastic bags at home which they carry when they go for grocery shopping. Most of the times it so happens that people forget to carry bags. In such a situation, they involuntary take the items in a plastic carry bags provided by the vendor, thus adding the burden of polythenes at home and on the planet. And this is where the role of cloth bag banks come in, says Pramod Kulkarni, founder of Samarth NGO.

If any member of the housing society forgets to carry a shopping bag or wants to make a switch from plastic bags, he/she can simply approach the security guard or the building office and take a cloth bag, says Mr Kulkarni, who is also one of the founders of cloth bag bank.

Linking the cloth bag initiative with this year’s World Environment theme, ‘Beat Plastic pollution’, the volunteers will send across the message loud and clear to all the citizens of Pune. 200 plus volunteers from various organisations are visiting housing societies and urging people to open similar banks and ditch plastic bags.

World Environment Day’s theme of plastic pollution is a reminder to all of us to take a pause and realise the amount of damage we are doing just by using a single piece of plastic bag. We took this opportunity to let people know that with collective efforts we can win the battle against plastics, says Mr Kulkarni.

The awareness campaign that started with having 15-20 bags in the Irene society has now expanded to 100 housing societies across the city. The 100 societies have also committed to open bag banks on the occasion of World Environment Day. Four mobile numbers have also been circulated on WhatsApp and Facebook in case any society wants to be a part of this noble initiative.

A stand will be established in each of the 100 societies where cloth bags will be stored. A member can feed in their name in the register book, take the cloth bag and after using it drop it back. The member is also given an option to take the bag home. 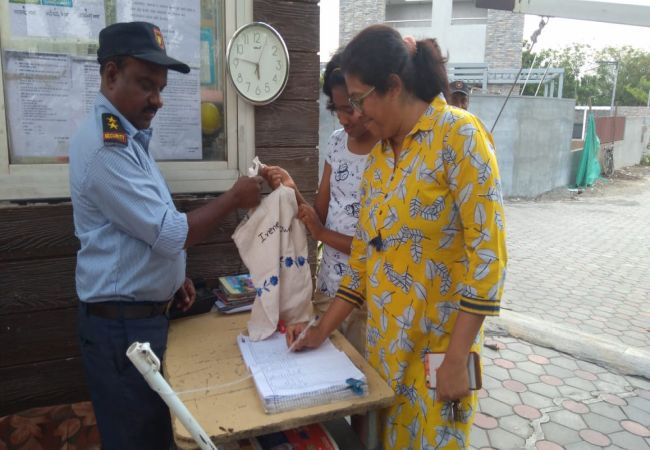 The one-of-its-kind project is currently in the pilot stage and is funded by the citizens themselves. The cloth bags are acquired from Self-Help groups at very low prices.

We gave bulk orders to women belonging to the underprivileged section of the society so that even they can earn a living out of this project. For now, the organisations shelled out money from their own pockets but in future if our initiative grows we will start renting/selling the bags at subsidised rates, Mr Kulkarni explains.

In addition to making cloth bags available, the citizen-friendly groups are also on a mission to collect plastic and electronic waste. The volunteers, while on their awareness campaigns, also urge people to give up plastic items mostly polythenes and e-waste. The collected waste is then deposited to the local recycling units and authorised e-waste collecting centres.