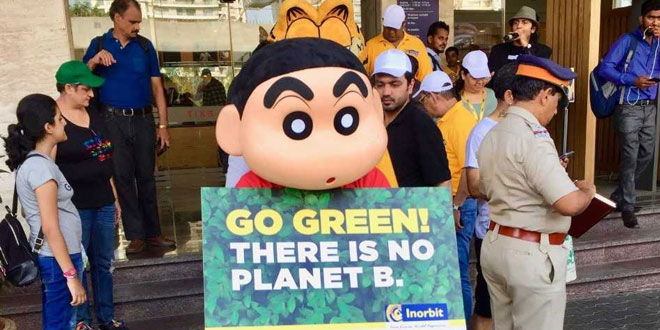 New Delhi: Imagine two of your favorite cartoon characters, Shin Chan and Garfield walking on road with a placard in their hand with a message written on them ‘Go green, there is no planet B’ and accompanied with hundreds of people holding similar banners and placards. This is exactly what happened in Mumbai on May 19 when Green Yatra, a Mumbai based NGO along with Inorbit Mall organised a ‘Say No To Plastic’ walk. Starting from Inorbit Mall in Goregaon West to Goregaon Sports club, the volunteers reached out to thousands of people during 1.5 km long walk. 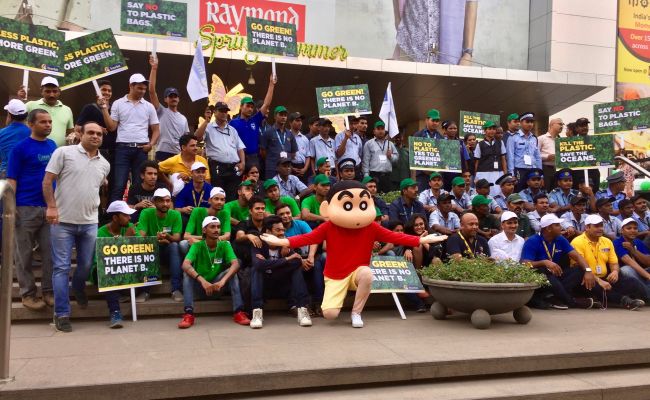 Maharashtra government has banned almost all kinds of plastic items in the entire state. The municipal corporation and other officials are doing their bit to enforce the law effectively, but it is our responsibility to implement it, to practise it, to follow the rules. For the same, we organised this unique walkathon. The aim was simply to aware and encourage people to not use plastic, says Pradeep Tripathi, founder of the Green Yatra, while speaking to NDTV.

Started by a handful of volunteers, hundreds of people from all walks of life joined the walkathon taking the number to 500. During the walk, around 5,000 cotton bags were distributed among shopkeepers, local vegetable and fruit vendors, people from housing societies, and many other for free. 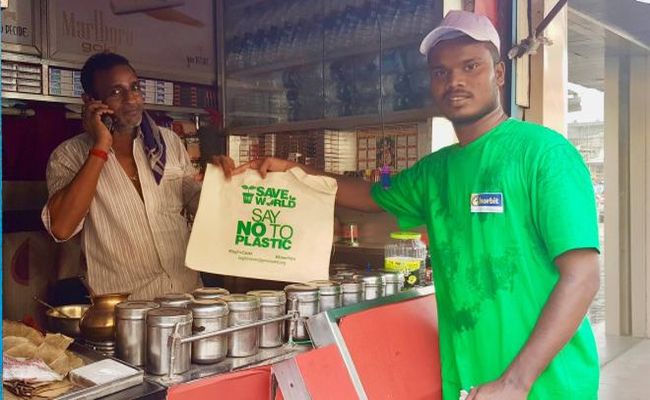 The event created quite a buzz among children as they got a chance to meet their favorite toon friends. Seeing Shin Chan and Garfield, popular cartoon characters promoting the message of ‘go green’, children got excited to learn about the concept and hopefully retain and imbibe the learning.

Speaking to NDTV, sharing the reason behind collaborating with Green Yatra and supporting the cause, Naviin Ibhrampurkar, Head of Marketing and Corporate Communications, Inorbit Malls said,

At Inorbit, we have always taken several initiatives that promote sustainability and recycling with demonstrated excellence in driving sustainable green initiatives across all our five malls. Be it water or power conservation or recycling around 400 kgs of wet waste that the mall generates every day, we have done all. We are the first mall in P-South ward Mumbai who have been certified by the Municipal Corporation for Zero Waste. Recently Maharashtra declared a ban on single-use plastics which is clearly in line with our focus on sustainability. We felt it was a good opportunity to reach out to the community with the values we believe in. 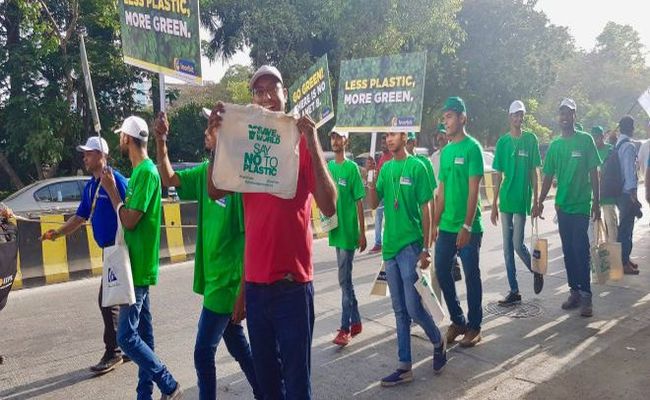 This is not the first time that Green Yatra has done something like this. To help government in its cause, the NGO is encouraging people to give up plastic bags through a ‘Bag For Cause’ campaign. Under this initiative, the NGO gives eco-friendly bags that are made from jute/cloth/canvas bags to citizens in exchange of waste. As of now the team has collected over 100 tonnes of plastic, electronic and other waste from various housing societies and corporates and has gifted over 20,000 bags. 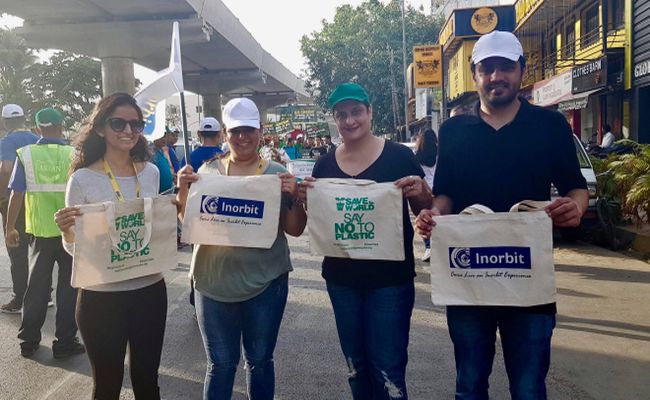 Waste Management In Melody: This Song Traces The Problem Of Plastic Pollution Across Beaches And Cities