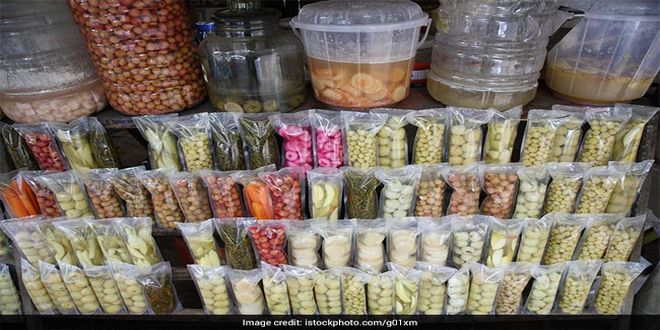 Mumbai: If you spot a vehicle covered with plastic pollution messages in any part of Mumbai, stop and take home the message which can range from ways to get rid of the banned plastic items, and plastic alternatives to help you save Rs 5,000. The Brihanmumbai Municpal Corporation (BMC) is all set to launch Rath Yatra, a public procession in a chariot, on May 1 which is observed as the ‘Maharashtra Day’ in the state. But this rath yatra is not a religious one, rather it is one that will religiously promote the ban on plastic in the city.

The civic officials will conduct the three-day march against the use of banned plastic items in the western suburbs, eastern suburbs and south Mumbai.

“The rath yatra is a part of several awareness drives we have done since the ban on plastic items was imposed in March end. We will deploy municipal vehicles that will go around the city making public announcements about the plastic ban and what can be done to dispose of bulk plastic items,” says Sangita Hasnale, assistant municipal commissioner (planning), BMC.

The city municipal corporation has approached the Advanced Locality Management bodies (ALMs) and local Self-Help Groups (SHG) to make people aware about the eco-friendly alternatives, that are accessible and cost effective.

“We have witnessed the significant role ALMs have played in convincing the people living in residential areas to segregate waste. Having people’s representatives in the awareness drive will help us connect with the Mumbaikars better. As for SHGs, most of them will talk about the eco-friendly options citizens can use to replace plastic items,” adds Ms Hasnale.

Depending on the success and response of the three-day rath yatra, the civic body will decide if it wants to continue the procession method to spread awareness, “If the response is good, then the yatra will be extended by 2-3 months,” she adds.

It has been a little over a month since the state imposed a ban on plastic items including bags, single-use disposable items made of plastic and thermocol dish, cups, plates, glasses, bowls, forks, spoons, straw, containers and small PET bottles having a carrying capacity of less than half a litre.

The city, which generates around 700 metric tonnes of plastic waste on a daily basis, has taken a number of steps to ensure effective implementation of the ban. From launching a toll-free helpline number to avail a pick-up service of plastic items, setting up plastic collection centres and PET bottle crushing machines in public areas to making short films centered around plastic waste, the BMC is exploring all kinds of options to make the city plastic-free.

The state government has given two to three months to the residents to get rid of the plastic items after which violators will be penalised. Rs. 5,000 and Rs. 10,000 will be charged to the first and second time offenders respectively, post which the fine will increase to Rs. 25,000.

Having Replaced Close To 5 Lakh Single Use Plastic Straws, This Teenager From Gurgaon Is Slaying The Battle Against Plastic