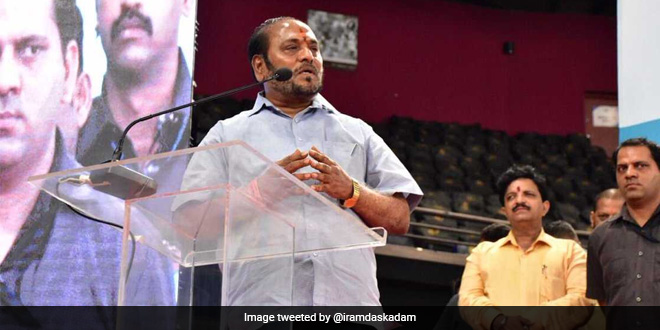 New Delhi: The government has ensured successfully that no plastic was manufactured, ever since the ban on plastic was announced on March 23, said Maharashtra Environment Minister Ramdas Kadam said at an exhibition organised by the Brihanmumbai Municipal Corporation to showcase eco-friendly alternatives to plastic. He added that he had personally approached a plastic manufacturer who told him that no manufacture of plastic has taken place ever since the ban was announced.

The Bombay High Court is hearing an appeal filed by All India Plastic Manufacturers Association (AIPMA), which had requested the court to look into the suddenness of the ban’s imposition. As per the plastic manufacturing industry, the state is set to lose up to Rs 5,000 crore and nearly 4 lakh people will be rendered jobless. At hearing of the case today, the Court has adjourned the matter and will hear it again on July 20. The manufacturers have been expecting some sort of relief in terms of either more time given to them to enforce the ban, or financial assistance to those who have already invested in purchasing raw materials. The manufacturers are also expecting the High Court to decide on the future of those who are set to lose their jobs due to the enforcement of the ban.

Maharashtra Plastic Ban: How Prepared Are Wholesalers, Street Hawkers, Restaurants In Mumbai To Get Rid Of Plastic?

‘Let Us Give Our Children A Better Future, One Which Is Free From Plastics,’ Say Bollywood Actors Ajay And Kajol Ahead Of Maharashtra Plastic Ban