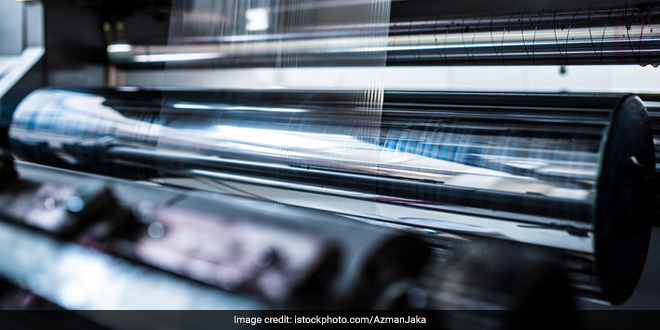 New Delhi: It was work as usual for Santosh Chavan, General Manager at Prabhoti Plastic Industries in Mumbai, a factory that employs about 30 people and makes plastic bags. It was March, a good financial year was coming to an end one that saw his company’s business grow by 10% and the outlook for the future looked bright too. The plastic manufacturer had just placed orders worth Rs 10 lakh in the second week of March. But then the unexpected happened. On March 23, Maharashtra government issued a notification to ban plastic production, sale, storage of plastic bags, single-use plastic, plastic items such as cups and pouches, and plastic cutlery, in the entire state. Suddenly the state’s booming plastic sector that had grown an average 15 per cent per annum over the last decade, was  staring at financial losses and an uncertain future.

The ban, surprised the state’s plastic industry, which may lose up to anywhere between Rs 4,000 to Rs 5,000 crore and result in the loss of employment of an estimated 4 lakh people. The suddenness of the ban has hit the plastic industry more severely, as it was completely unprepared for an order so drastic in nature. As the ban readies itself for implementation on June 23, plastic manufacturers across the state have questioned why the state passed a major notification at such a short notice.

In the spate of a single day, people who had purchased raw materials worth lakhs, lost all their potential business. We have received reports from several small and medium scale plastic manufacturing companies, who were going with their regular business when the notification was issued. Given that plastic bags, packets and cutlery have been banned, manufacturers can neither manufacture items from the raw materials, not sell it as nobody is willing to buy it, said an official from All India Plastic Manufacturers Association, on the condition of anonymity.

The All India Plastic Manufacturers Association (AIPMA) has spoken to 20 small and medium sized manufacturers who complained to the association that the ban has affected their livelihoods adversely. Production is down by 60 to 70 per cent in many such manufacturing units. Many were manufacturing only for exports, but the smaller units which catered to local markets have been left with loss and uncertainty, post the ban. Many of these do not have the adequate infrastructure or technical knowhow to manufacture compostable plastic, the only type permitted by the state government at present.

“The problem small and medium scale companies have faced is that all of a sudden, they were told to discontinue their work. It is unfair to pass an order impacting so many livelihoods, without explaining to them the nature of the ban, its purpose, whether the government will be compensating the manufacturers or not and what the future holds for them. And not just the plastic industry, dependent industries such as packaging will also be impacted because of such a ban,” said the AIPMA official.

The AIPMA also approached the Bombay High Court, which heard the matter on April 13. The High Court refused to stay the ban on plastic, though common citizens were exempted from being prosecuted for three months after being found in possession of plastic bags. The Court has set June 22 as another date for hearing the matter, a day before the ban formally comes into place. The AIPMA is hopeful that the High Court will provide some relief to all those staring at uncertainty.

“Even by conservative estimates it will take at least seven to eight years for the plastic manufacturing industry to stop its operations in the state. This includes, resale of all the raw materials, adequate time being given to willing industries who wish to manufacture compostable plastic bags to restructure themselves, ensuring compensation or re-employment of those who work in the plastic manufacturing industry and complete or partial resettlement of investments made by companies towards the plastic industry,” said Brijesh Bhutani, Vice President of All India Plastic Industries Association, another body of plastic manufacturers that had approached the government, requesting a relaxation on the ban.

We have been asked to adhere to a buyback scheme where manufacturers will buy back used plastic bottles. While that is doable, setting up recycling units within such a short time is nearly impossible. With just two days to go for the ban to come into effect, we hope that we are given more time to set up recycling units as doing so will require permission to purchase land and build the units to function properly, said Mr Bhartia.

Plastic industry experts, like AIPMA President Hiten Bheda, have said that the only solution at this moment for the industry is to get significant time to decide what steps to do next. Manufacturers who wish to produce compostable plastic, can upgrade their production facilities accordingly. Employees in the plastic industry should ask for financial support or rehabilitation packages from the government.

“Since the government is firm in its stand of imposing the ban, it should at least arrange for rehabilitation of those employed in the sector. All those who have already invested in the business for the next two or three years, should get assistance from the state in either setting up new businesses or transitioning towards production of compostable plastic,” said Mr Bheda.

The state government, which met plastic industry representatives right after the ban was announced, has said that it has not taken any decision yet on the plea of the manufacturers.

“We met the plastic industry representatives after the ban was announced and heard their grievances. We have not taken any decision yet to address the issue,” said Dr B.N. Patil, Director, Environment Department, Government of Maharashtra.

Ever since its announcement, the plastic ban in Maharashtra has come under scrutiny from varying perspectives. Environmentalists have been critical of the move, saying that without access to alternatives, such bans are futile for manufacturers and users, as plastic will inevitably find a way back. Manufacturers have shown concern about the financial impact of the ban, as employment of over 4 lakh people are at stake. Plastic manufacturers in the state are now looking at the state or the High Court for interim relief to avoid incurring huge losses, though the state government does not seem to be in the mood to budge anytime soon.