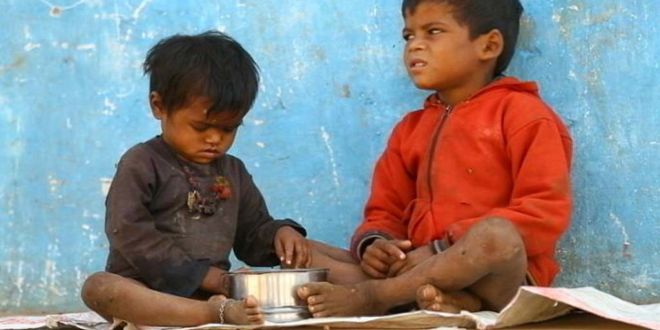 New Delhi: The World Bank estimates that India is one of the highest ranking countries in the world for the number of children suffering from malnutrition. It has been over 20 years since Melghat, in Maharashtra’s Amravati district, shot to infamy on the back of malnutrition deaths of children. The first time malnutrition was reported, 5,000 children had died and today as we talk about a Swachh and Swasth Bharat thousands of children are still falling prey to malnutrition.

Two decades ago, the talukas of Chikhaldara and Dharni, of Melghat in the Amaravati district of Maharashtra hit the map for all the wrong reasons. 5000 children were reported as dead from malnutrition related complications. While things are a little better today, 400 children still die annually. Abhijit Bangar, Collector, Amravati told us, “Malnutrition is one of the chronic issues of Melghat region and the associated problem of high incidence of maternal as well as infant mortality. Unfortunately, the incidence is still higher than the state average, but government is taking many efforts.”

The inhabitants here are from the Korku tribal community who are very marginalized and have barely any access to medical care, sanitation and proper hygiene. The mothers are quite anemic and undernourished themselves. Surekha Vithalipa, Aarungya Sevika, Upakendra Didamda shared with us that, “Even though the children are born underweight but till they are breast fed they stay healthy but once they start eating at 6 months, they do not get a balanced diet and weight keeps declining leading them to malnutrition”.

11-month-old Sneha, who should be a child filled with laughter and energy, weighs only 5.5 kilos, a full 3 kilos underweight. This will inhibit her normal development if she manages to survive illnesses and complications from being malnourished.

Superstition also keeps them away from medical care and people still prefer going to the bhumka because of their beliefs.In a conversation with Sneha’s mother Kalyani she told us that “we pray to the Bhumka Dev and he helps us but if my child’s health does not improve, we go to the clinic”.

“They do not come to us initially as they prefer going to the Bhumka but if things go out of hand they come to the clinic. Unfortunately sometime it is too late and the child loses their life”, said Surekha.

Purnima Upadhaya from Khoj shared, “Heavy migration adds to the problem so unless and until we are able to stop distant migration, unless people continue to stay in the villages for 12 months in a year and get employment, they are going to get deprived of a lot of government programs”. Here in these talukas, despite the Scheduled Tribes and Other Traditional Forest Dwellers Act, 2006, there are few opportunities for the adults to find year around work. They migrate for employment exacerbating the problem. “We have village child development centers and nutrition rehabilitation centers but all these become meaningful when people have are staying in the villages for 12 months a year” adds Purnima.

1/3rd of India’s children are malnourished and it impacts everything from their health to their future development. So far this year 347 children have died in these two talukas. Unless long term habits change and concerted focus by the government to help these districts is not improved, the statistics are bound to stay grim.

Also Read: World Health Day 2018: A Number Of Indian Children Continue To Fall Prey To Malnutrition And Stunting, And Safe Sanitation Practices Could Rescue Them From Their Plight