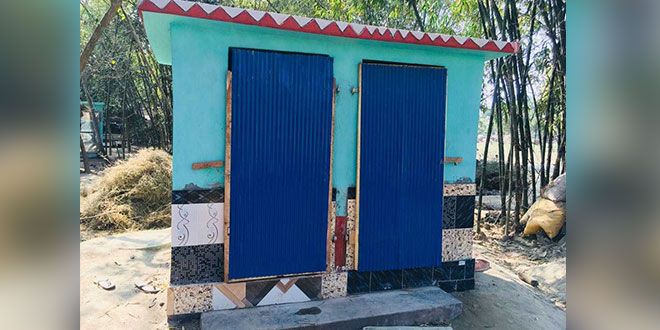 New Delhi: Dr Suhas Vithal Mapuskar was a true sanitation pioneer and he worked actively on native technology and community-based solutions to lead the country towards a clean revolution. The achievements of his life have been greatly extraordinary and as part of the NDTV Dettol Banega Swachh India Campaign we salute his selfless dedication towards the cause.  Dr S.V Mapuskar was that person to bring about a change with his efforts and he made a connection between health and poor sanitation way back in 1959.

A government doctor appointed in Dehu primary health centre in 1959, he was not just interested in curing diseases but also in preventing them. He noticed that it was due to unhygienic conditions and poor sanitation, that most patients faced health ailments.

“When he moved to Dehu, his decision to make a simple trench toilet for himself with used medicine cartons to form a wall around the bathroom was what started the revolution,” said, Dr Mapuskar’s daughter, Dr Shilpa Ravi Narayanan.

A journey he started as a Swachhta Doot six decades ago, Dr Mapuskar initiated a worm infestation survey wherein he explained the origin of the infection through infected faeces and the other with a soil sample. Both the samples had worm eggs which helped convince the residents that defecating in the open was the origin of infection. Dr Mapuskar did realize the needs of rural sanitation were different from urban sanitation.

His commitment to the cause led to many innovations; not only toilets but also managing the waste from it.

He was not a trained engineer but along with his practise as a doctor, he studied himself, tried different innovations and taught others about public health and engineering as he was very compassionate towards a healthy village, added Dr Shilpa.

90% of the village had toilet coverage by 1980, and by 2004 there were 800 two pit washrooms. 100 were based on biogas plants, and 100 were based on night soil converted to biogas plants. Later, DOSIWAM (Decentralised on-site integrated waste management) was developed from community biogas plants. Today it is implemented in 25 sites across the nation. People in Dehu have been using this system for over 25 years and it the maintenance free.

Ulhas Anand Mapuskar, Dr SV Mapuskar’s nephew told us how they are taking his legacy forward. “We are working so that we can put the system in more places and the advantage of DOSIWAM is not only free maintenance but this technology converts the excreta into bio gas.”

Dr Mapuskar brought about this change through awareness campaigns, experimentation with technology, planning and executing projects by mobilizing the community and making them stakeholders. He was conferred with Nirmal Gram Puraskar Award from Former President Late APJ Abdul Kalam in 2006 and he has been honoured with the Padma Shri in 2011. Dr Mapuskar was someone who made Swachatha his goal well before Swachh Bharat became a government initiative.

Also Read: From Swachh Bharat To Swasth Bharat: How Malegaon Is Moving Towards Becoming Diarrhoea Free

50 Per Cent Indians May Be Hoarding E-Waste For Up To Five Years, Reveals A Survey

In Maharashtra’s Melghat, Malnutrition Continues To Pose A Mortal Threat To Children