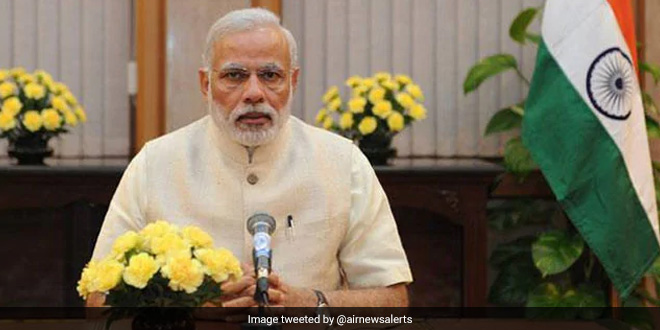 New Delhi: Prime Minister Narendra Modi on Sunday (October 27) lauded Indian Army for carrying out ‘Swachh Siachen Abhiyan’ to preserve the ecology in the region on Siachen Glacier, the world’s highest battlefield. “Today, if one story that rings from home to home, and rings far and wide, is heard from north to south, east to west and from every corner of India, then that is the story of cleanliness and sanitation. On behalf of our countrymen, I commend the Indian Army for this amazing commitment. I also express my gratitude,” he said while addressing his monthly radio progarmme Mann Ki Baat.

Just imagine the highest battlefield in the world, where the temperature drops from zero to 50-60 degrees minus. The oxygen in the air is also at a miniscule level. Living in the midst of such adverse conditions and challenges is not less than any display of valour. In such a difficult situation, our braveheart soldiers are not only protecting the borders of the country but are also running a Swachh Siachen’ campaign in that arena, the Prime Minister added.

He also stated that running a cleanliness campaign in Siachen glacier means ensuring “clean water” for those who live in low-lying areas and also use the water of rivers like Nubra and Shyok. As a part of the campaign against single-use plastic, the Prime Minister also encouraged people to buy indigenous products on the occasion of Diwali.

I had once said that we should try to buy local products. The more we try to buy our local things; the ‘#Gandhi150’ will become a great event in itself would urge you to come forward and become a patron of local things and buy local. And witness for ourselves, how we can play an important role in making Mahatma Gandhi’s dream come alive.