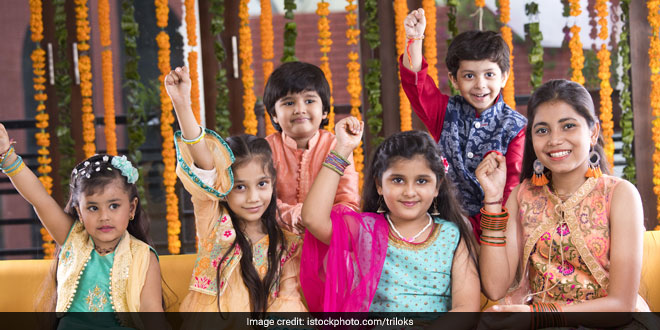 New Delhi: ‘Go single-use plastic-free this Diwali’ seems to be the motto in Pune this year. While the central government has called for making the country single-use plastic waste-free, the state of Maharashtra has already banned single-use plastic in June 2018, the Pune Municipal Corporation (PMC) has taken a step further to intensify the anti-plastic drive by involving the city’s children. It has administered a ‘no plastic during Diwali’ oath among more than 8,800 children and 550 teachers in over 90 Pune Municipal Corporation (PMC)-run schools.

While talking to NDTV about PMC’s campaign for eliminating the use of single-use plastic during the Diwali week, Dnyaneshwar Molak PMC chief of solid waste department said,

Children are the agents of change and through them we are trying to reach the families to motivate them to be more conscious in terms of plastic usage during the upcoming week of festival of Diwali and celebrations. So under the Swachh Bharat Mission, we have motivated our children to take an oath to shun plastic and focus on plastic alternatives especially for plastic carry bags, gift wrappers and disposable cutlery.

At least 8,500 students and over 550 teachers in 92 Pune Municipal Corporation (PMC)-run schools took an oath to stop using plastic

A senior official from the Education Department of PMC said, that during the interaction with children through a virtual classroom, the officials have asked each student to visit at least 30 families in their neighbourhood during Diwali holidays and generate awareness about cleanliness and hazards of plastic. He said,

The children have also been told to collect single-use plastic from their own homes like plastic carry bags, plastic wrappers, and plastic bottles and bring these to school after vacation. Talking to NDTV about his plan to comply with the oath, 13-year-old Jayant, who has decided not burn crackers this Diwali said,

We should live in a clean city but we see garbage everywhere which is not only unhealthy for us children but also for the environment. I and some of my friends in my colony are trying to tell this to our parents and uncles and aunties in our neighbourhood. I have collected some plastic carry bags, water bottles and small plastic boxes near my house till now.

According to The Municipal Corporation the city produces about 2,100 tonnes of waste per day out of which around 200 tonnes is plastic, even though the district administration imposed a ban on single-use plastic on June 23, 2018. The quantum of plastic waste generated in the city increases by more than 100 tonnes per day during Diwali, as per PMC.

According to Mr. Molak, Swachh Sarvekshan 2020 is underway in the country and so the civic body has decided to make use the grand festival of Diwali to raise awareness about reducing plastic waste and eliminating the use of plastic items in the market and in households. He said that even though the city has been working hard to enforce the ban on single-use plastic and has been taking stringent measures like imposing fines, some plastic items like cutlery and carry bags are still being used widely. Mr. Molak said that the easy-to-use characteristic of plastic makes it attractive for users especially the vendors but the civic body is constantly trying to enforce the ban effectively. According to the municipal corporation, 7,840 kilogram of banned plastic has been seized and over 27.50 Lakhs (Rs. 27,67,970) has been collected in fines till now. He also said that in order to ensure the success of plastic-ban, the everyday reliance on plastic needs to be reduced for which behavior change must be focused on. He further said that in this quest, targeting children would be helpful.