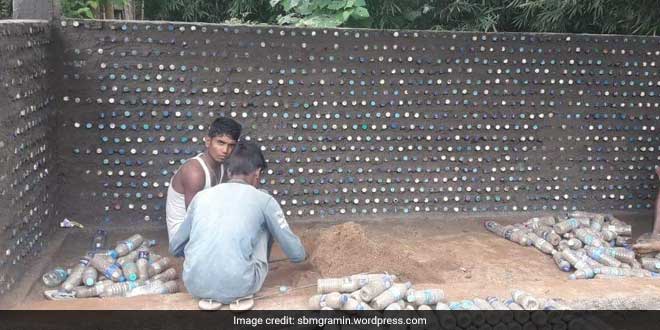 Mumbai: The majestic hilly district, of West Garo Hills in Meghalaya is one of the popular destinations among tourists visiting the north east. With a high influx of tourist come the problem of littering. In the last decade, the district administration has found that among the trash that the tourists leave behind, plastic bottles make for the most littered item. To tackle this problem and at the same time give an eco-friendly spin to it, the West Garo Hills is using plastic bottles to build community toilets.

Unlike urban areas, rural areas do not have proper garbage collection mechanism. Thousands of bottles get disposed of in landfill or burnt every month and both the methods are hazardous to the environment. Under the Swachh Bharat Mission-Gramin (SBM-G) the district administration has to provide sufficient public or community toilets. Thus, we clubbed the two problems and decided to reuse plastic bottles for constructing toilets.

The concept, which is has previously been used in other parts of India like West Champaran district, Trichy and Jamshedpur, was brought to West Garo Hills by Deputy Commissioner Ram Singh. Instead of hiring masons from outside, locals from the district were trained by experts from the SBM-G. 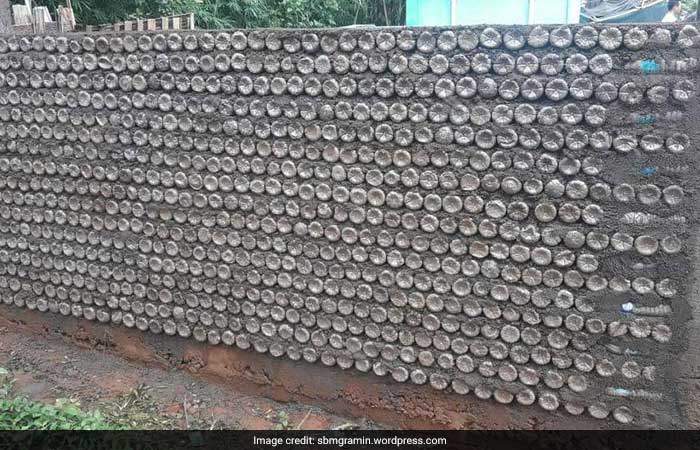 Also Read: Waste Management: This Jharkhand School Will Use Plastic Bottles To Construct A Toilet

The process of constructing a toilet from plastic bottles is the same as a building any other regular toilet except that plastic bottles are used in place of the bricks. Around 10,000 bottles were collected during a waste management awareness drive that was conducted in the district earlier this year. Based on the plan chalked out by the administration, one toilet complex would require approximately 5,000 bottles.

A community toilet comprises two toilets and two urinals, one each for Male and Female, and luckily we had enough bottles to build two complexes. Both the toilet complexes are strategically located on the National Highway where instances of open urination and defecation are high, says Mr Tembe. 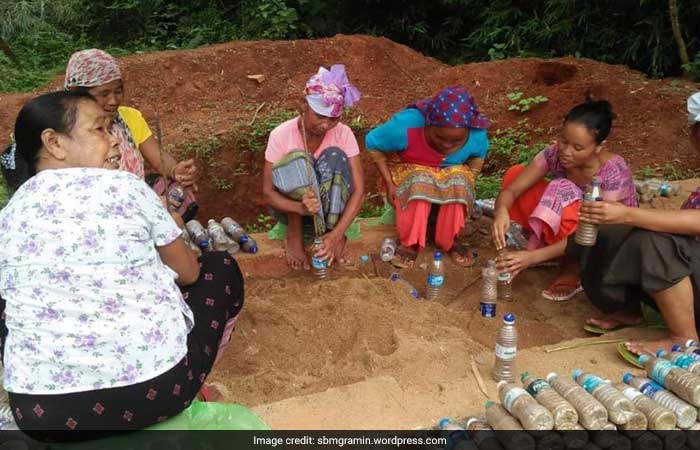 To make the bottles, as heavy as the bricks, sand was filled in each of the bottle.

To make the bottles, as heavy as the bricks, sand was filled in each of the bottle. Once the bottles were ready, all the trains locals had to do was to place the bottles and cement them. A week was dedicated to monitor the community toilets,

We had to make sure that bottles do not melt due to extreme heat or people do not damage or pull out the bottles. At the end of the week we came to a conclusion that both the structures are as sturdy as the regular toilets. Seeing the success, we have decided to build 10 more such complexes in future. We are also exploring other options to upcycle the plastic bottles, adds Mr Tembe. 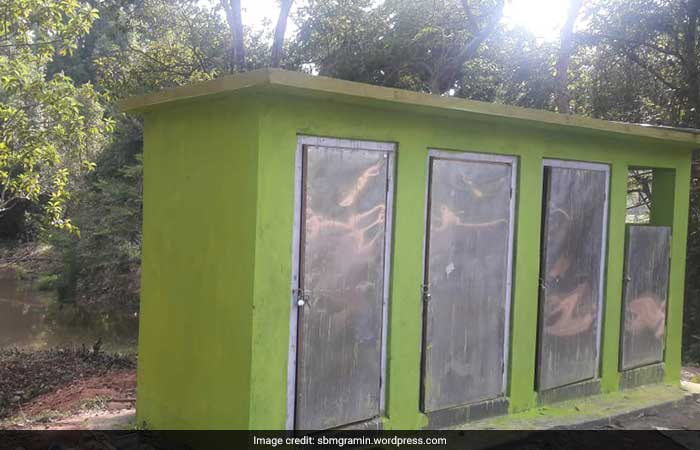 Toilets made from plastic bottles are cheaper than the regular toilets

When asked about the cost of plastic-bottle toilets, Mr Tembe said that they are way too cheaper when compared to the regular toilets,

A regular community toilet would cost up to two lakhs but because we didn’t use the bricks, the toilets were made in half price. Reusing waste can indeed save a lot of money.

With construction of 15,500 toilets since 2014, the West Garo Hills was declared open defecation free (ODF) on January 23 this year. To sustain the ODF status, the district administration has introduced multiple steps.

Every village is monitored by the Swachhagrahis (locals who want to contribute in Swachh Bharat Abhiyan) appointed by the district officials. Helping the swachhagrahis, the block coordinators also conduct field visits regularly to ensure no one is defecating in the open. Information, Education and Communication (IEC) activities are also carried out in schools, colleges and communities to sustain the ODF status.