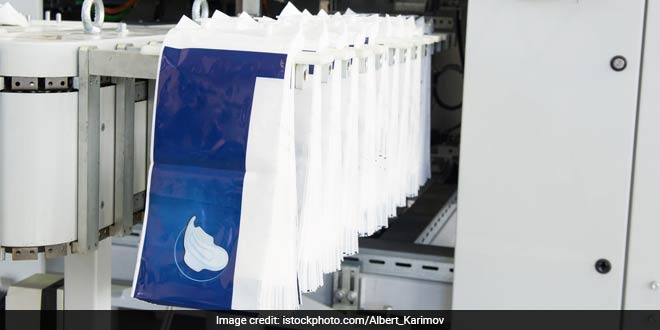 Shillong: In a first, a 30-year-old woman in Meghalaya has come up with eco-friendly sanitary napkins with an aim to check pollution in the hill state, where access to hygiene still remains a distant dream for many. Shaidalin Marbaniang, a member of a self-help group (SHG) at Riangdo village in West Khasi Hills, launched her own brand of sanitary pads ‘Syntu’ (flower in English) last month, after having attended a one-week workshop on menstrual hygiene organised by the Central government. Ms. Marbaniang told PTI,

I was concerned about the non-availability of hygienic pads for girls and women in my village. Add to that, non-compostable pads were making their way to the sewerage system and landfills in the state, posing threat to the environment.

The new pads have been manufactured with 95 per cent biodegradable materials, she claimed.

At the moment, 300 pads are produced every day. I am working on installing an automatic machine to increase productivity, she stated.

Rodonald Majaw, a senior official of the Meghalaya Basin Development Authority (MBDA), said it did not take Ms. Marbaniang long to come up with the new product after learning the basics at the workshop organized by the Union Ministry of Micro, Small and Medium Enterprises.

She approached the Livelihood Business Incubator (a branch of the MBDA) for a sanitary napkin manufacturing machine and the authorities happily obliged. Ms. Marbaniang did not have to invest much as the raw materials for the pads were available in plenty, he said.

The 30-year-old has reached an agreement with the MBDA, as part of which she will be paying a certain amount of the money she earns from the sale of the napkins, Mr. Majaw said.

The sanitary pads, priced at Rs. 6 each, are now available in the district and the MBDA authorities are helping her out to expand the business, he said.

The pads are manufactured keeping in mind the health of women. The product will prevent women from contracting urinary tract infections, which is often the case when unhygienic pads are used, she added.

Ms. Marbaniang, a mother of two, said her initiative has provided employment to two women for now.

Syntu is receiving good response from young women. In the next few months, I plan to expand my business and reach out to as many women as possible with the help of the government’s entrepreneurial support wing, she added.