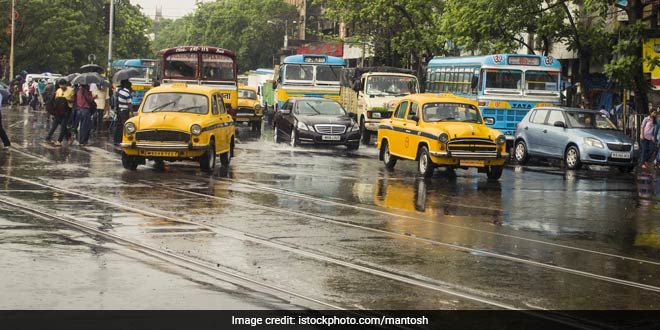 Kolkata: Considering the ongoing water crisis across the country, West Bengal has been fortunate enough in receiving rainfall but there should be stress on avoiding water-intensive crops and the state must carry on the water conservation work, an expert said. “During the ongoing crisis of groundwater in the entire country, I think West Bengal has been fortunate in receiving rainfall. This is the season of Kharif cultivation, if the monsoon is delayed farmers rely more on the groundwater table,” West Bengal Pollution Control Board chairman Kalyan Rudra told IANS.

He said the reservoirs like DVC, Kangshabati, Massanjore Dam all are at their lowest level and cannot support irrigation. Groundwater has limited resource and overexploitation means depletion. Mr. Rudra, who has extensively researched on the state’s water resources, said its agricultural activities consume most of the groundwater, which is nearly 75-80 per cent in Bengal.

The dry variety paddy which is generally planted in December and harvested in April (during the lean period) is dependent on groundwater as the period gets very less amount of rains.

I believe we should not go for water-intensive crops and go for alternatives like wheat, pulses, etc. Maybe people will have to adjust their food habits as nature will not allow this luxury, he said.

Asked about the fast-depleting water level in Kolkata he said:

Kolkata is fortunately a hydrologically subsidised city as we have the Hooghly river. It has not dried as it is a tidal river. But the 300-year-old city with 4.5 million population living in an area of about 200 square kilometre lacks green space except for Maidan, thereby disallowing infiltration of rainwater. There is no doubt that the groundwater level has gone down and it is only being recharged from adjoining areas like North 24 Parganas and Nadia. But it is not enough. If we restrict ourselves right now even, then too the replenishing will take a long time.

Mr. Rudra appreciated the steps taken by the state government but vouched for an extensive approach to safeguard the future of the next generations.

West Bengal government’s project ‘Jol Dhoro Jol Bhoro’ is a very good project and close to my heart. They have extensively re-excavated many ponds. This programme should be replicated in all villages, he said.

During a session in Parliament last week, the Jal Shakti Ministry shared the information that Bengal was among those states where there was no over-exploitation of groundwater. Mr. Rudra added,

We should protect our wetland, all channels that contains some water so that groundwater is replenished. Kolkata till date has 4,000 ponds, that should be protected and rejuvenated.