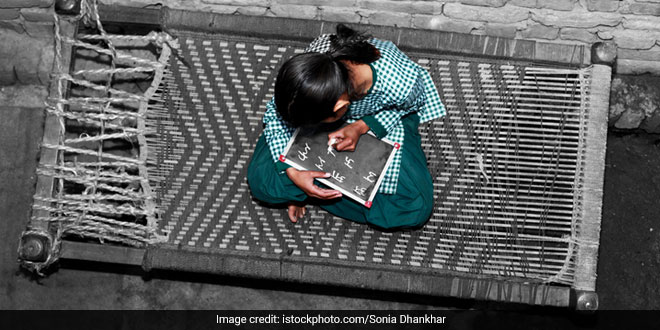 New Delhi: Menstruation is normal and a healthy part of life and yet girls and women in India go through extreme struggles to manage their period every month. A large chuck of the Indian population believes this natural cycle to be a ‘curse’, ‘impure’ and ‘dirty’ among other things, courtesy of the ancient myths surrounding menstruation in our country. According to Census 2011 population data, about 336 million girls and women in India are of reproductive age and menstruate for 2-7 days, every month, and yet the topic of menstruation is expected to be a hush affair and kept under wraps of the ‘black plastic bags’, which is given to most of us each time we buy sanitary napkins.

When a girl faces challenges in managing her period in a healthy manner, it can cause a number of problems to her physical as well as mental health. Not only will she be at risk of infection, but her education, self-esteem, and confidence also suffer in a major way. May 28 is observed as Menstrual Hygiene Day globally, so to mark this day, let’s look at some stark facts about menstruation in India that you should know. Period.

1. Only 36 Percent Women Use Sanitary Pads In India

2. Sanitary napkins: The Impact on Environment

Most common menstrual hygiene product in India is sanitary napkin which is disposable and they can have an adverse impact on the environment due to the huge amounts of plastics they contain.

Conventional sanitary pads and tampons available in the market are loaded with plastic. These menstrual products are used for at least 4-6 days per month by most women worldwide. This means a huge amount of plastic waste is generated every month globally. After being disposed of, sanitary products that are usually made out of plastic take over 500 years to break down.

WaterAid India, a non-profit organisation, stresses on the need to find sustainable alternates to menstrual hygiene practices in India, as it has estimated that of this 121 million girls and women dispose of about 21,780 million pads annually, which poses a major threat to the country’s waste management crisis. The alternatives to sanitary napkins could be menstrual cups, tampons and eco-friendly sanitary pads.

3. What Exactly Happens Due To Poor Menstrual Hygiene?

We often hear that unhygienic period health and disposal practices can have major consequences on the health of women, but what exactly is at risk here? Every person – male or female should be aware of the diseases that could be caused if a woman does not have access to menstrual hygiene products. The issue can increase a woman’s chances of contracting cervical cancer, Reproductive Tract Infections, Hepatitis B infection, various types of yeast infections and Urinary Tract Infection, to name a few.

4. How Informed Are Young Girls Who Are Yet To Menstruate?

A 2016 study titled – ‘Menstrual hygiene management among adolescent girls in India’ involving nearly 100,000 girls in India found that almost 50,000 did not know about menstruation until the first time they got their period. The study further explains how many girls even think that they are dying or have caught a horrible disease, the first time they menstruate, due to the pain and blood.

5. Menstruation And Impact On Education

A 2014 report by the NGO Dasra titled ‘Spot On!’ informed that almost 23 million girls in India drop out of school annually, because of lack of menstrual hygiene management facilities, including availability of sanitary napkins and awareness about menstruation. The report further suggests that the girls, who don’t drop out, usually miss up to 5 days of school every month.

This Menstrual Hygiene Day, Gift Your Daughter ‘Menstrupedia Comic’ And Bust All Her Myths And Doubts