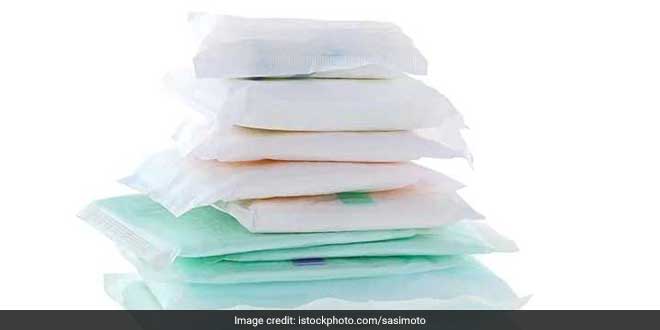 Hyderabad: The National Institute of Rural Development and Panchayati Raj (NIRDPR) on Thursday announced a collaboration with public sector enterprise Bharat Dynamics Limited (BDL) on a pilot project to create awareness on menstruation and menstrual hygiene among children at government schools in Telangana. The pilot project will benefit over 11,516 girl students enrolled in 75 government schools in five mandals of Telangana, the institute said in a statement. Once successful, the project would be expanded to 22 more mandals in the next phase.

Through this project, NIRDPR is aiming to create awareness on health and menstrual hygiene along with sociological and environmental issues, and removing the stigma associated with menstruation among rural adolescent girls, driving them towards fruitful education without any absenteeism and health hazards.

The sanitary napkins will be supplied to students free of cost through the team of volunteers identified and female teachers from the schools. It has approached NIRDPR to implement this pilot project on ‘Awareness Creation and Supplying of Sanitary Napkins to the Girl students of Government Schools.’

We have also prepared information, education and communication (IEC) material in both Telugu and English languages which may be useful not only for the students but also for other women in the villages. For procuring the sanitary napkins, we are giving importance to Self Help Group entrepreneurs who produce them and also call for open tenders for meeting additional requirements if any.

A BDL official said that it is a felt need for any adolescent girl in the government schools in rural areas. The official said,

We are very keen on investing to ensure hygienic and clean environment. This project would yield expected results and positive impact in line with the objectives.

According to the Department of Secondary Education, there are 38,656 girl students studying in 419 government schools in the state.

Related Topics:
Menstrual Hygiene In India Menstruation In India Telangana
Up Next