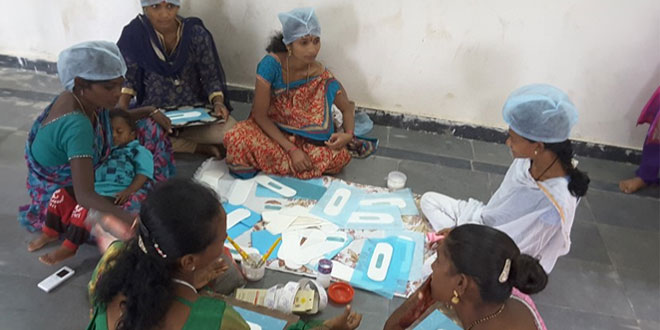 New Delhi: India is gradually opening up to talk about menstruation, thanks to various awareness campaigns to shatter the taboo and stigma attached with periods and even Bollywood joining forces with films like Padman to highlight the need for menstrual hygiene. Fighting against all odds, especially the mental block to conversation about menstruation, Adivasi women in Telangana’s tribal belt, have been running four manufacturing units that produce sanitary napkins, since February this year, for free distribution among students in the tribal welfare hostels and ashram schools.

With the help of Durga Prasad, CEO, Gram Bazaar, these ‘PadWomen’ have pulled off this task and managed to create the awareness about menstrual hygiene amongst the group of adolescent girls who were using Ash or cloth pads for their monthly cycles as either they couldn’t afford to pay for them or they weren’t aware of the complications of menstrual hygiene.

Mr. Prasad while talking to NDTV said that after working in the field of rural development for almost two decades, he noticed that the biggest yet most ignored issue amongst women was their access to menstrual products, however they could never complain or talk about it due to the ‘humiliation’ or ‘shame’ attached to it, especially in the rural areas.

After researching and conducting quality check for almost five years, Mr. Prasad tied up with Integrated Tribal Development Agency (ITDA) and set up the first sanitary napkin manufacturing unit in Utunoor where they hired around 30 tribal women with the objective of selling the unit to these women once it becomes profitable.

The manufacturing unit has only one low-cost sanitary pad-making machine, which is very simple to operate, has a regular 3-pin power plug and basic domestic power consumption, Mr. Prasad further added.

This was followed by 3 more such units in the villages Bhadrachalam, Mannanur and Eturnagaram with the same business model.

Mr. Prasad told NDTV that one unit manufactures around 7000 packets per month. Each packet has six sanitary napkins and the packet is priced at a subsidised rate of Rs.21. ITDA buys these 7000 packets at the subsidised rate and distributes it free of cost to the students of the tribal welfare hostels and ashram schools. 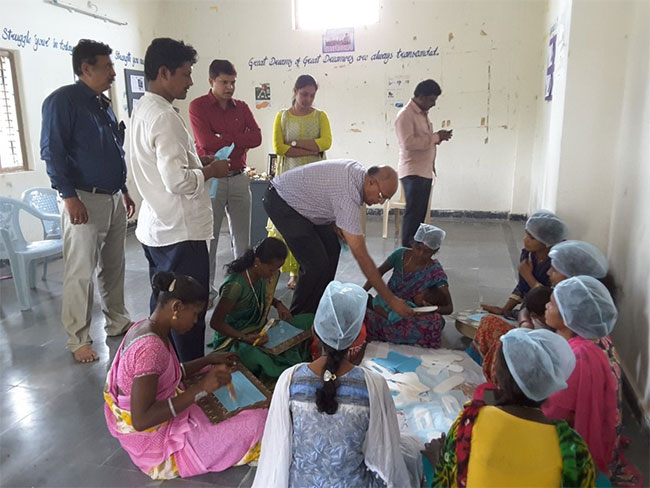 You’ve got local people working with local technology to help their fellow community members who are at a vulnerable position when it comes to menstrual hygiene, at the same time making their own livelihood, Mr. Prasad said.

An ITDA official told NDTV that this venture has been an extremely successful and they are aiming to double the number of units by next year.

This is a win-win situation. With the help of Durga Prasad, we have perfected the technology and the business model. Girls are getting free sanitary napkin and the manufacturers and making their money. Once they have made enough return on investment, they will pay ITDA the capital amount back and then it can be run by them independently. It is effectively providing employment, menstrual hygiene and creating the awareness required, the ITDA officer explained.

“We are definitely opening four more units by next year as process is already on-going.” He added. 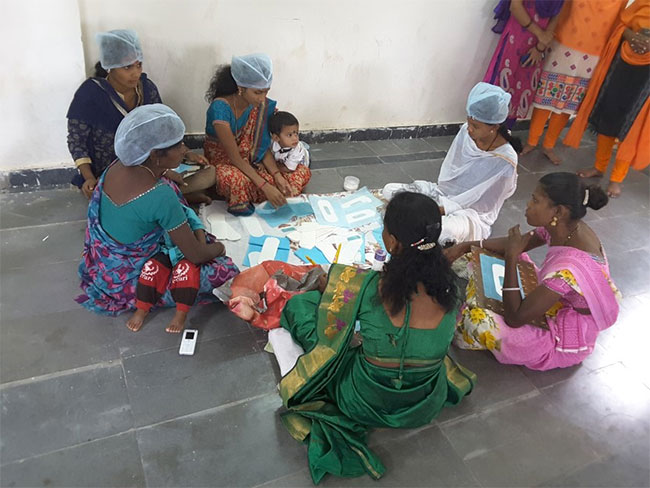 This one of a kind manufacturing setup in Telangana does not only employee tribal women, but also provides employment to disabled women of the region. With the additional four units, they expect to expand the free distribution of the napkins and make more women empowered.

A well-known yet ignored fact is that sanitary napkin is still a luxury for a large chunk of the women in our country. The National Family Health Survey (NFHS) 2015-16 report shows that the use of sanitary napkins among Indian women is 48.5 per cent in rural, 77.5 per cent in urban and 57.6 per cent total.

According to a 2016 study, ‘Menstrual Hygiene management among adolescent girls in India: a systematic review and meta-analysis by Van Eijk’, the remaining population of women in India rely upon rags, old newspapers or leaves to absorb the blood during their cycle. What’s more shocking is that 6 per cent of Indian women do not have access to any kind of menstrual products including cloth.

Given such adverse conditions, the job of these Padwomen is not just challenging but also commendable.