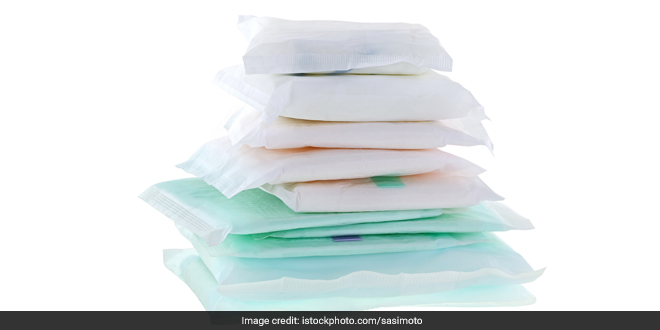 New Delhi: Menstrual hygiene is one of the many issues in India that is often brushed under the carpet. Even today, the majority of the women in the country rely on unhygienic menstrual products like cloth, rags, sand, ash, husk, among others during their periods. The latest National Family Health Survey (NFHS) 2015-16 report shows that the use of sanitary napkins among women in rural India is 48.5 per cent, 77.5 per cent in urban and 57.6 per cent total. Women inmates of Hailakandi Jail in Assam are a part of the group of 51.5 per cent women that don’t have access to sanitary napkins and rely on old sarees for their menstrual hygiene requirements.

Women inmates rely on cloth especially saree during menstruation. They use it, wash it and reuse it and this cycle continues. But the truth is, using cloth, ash, and other unhygienic products can lead to bacterial infection and the risk of suffering from Pelvic Inflammatory Disease also becomes higher, says Ms Jalli while speaking to NDTV.

As part of the initiative, the district administration purchased 30 packets of sanitary napkins from the government’s National Health Mission (NHM) scheme. NHM offers a pack of sanitary pads at a cost of Rs. 5.

The jail does not have many women inmates so 30 packets were sufficient, says Ms Jalli.

The sanitary pad distribution was the first for the jail. Deputy Commissioner plans to look out for more sustainable options and continue with this drive to instill the habit of menstrual hygiene among women.

We walked five to six kilometers to get into the interiors and convince girls to buy sanitary napkins and ditch using cloth pieces. The other day we had a discussion with a group of Muslim women. The aim is to make them use sanitary napkins, signs off Ms Jalli.

Like Ms Jalli various women and boys in India have come forward to educate and create awareness about menstrual hygiene. Across the country, various PadBanks have been initiated to provide free access to sanitary pads. With all these initiatives taking place, we hope to see a paradigm shift.

In Pics: PadBank A New Tradition: Here Is How Different Women In India Are Providing Sanitary Napkins To Underprivileged Women