New Delhi: “I got my first period when I was in class 10. I come from a very conservative and financially unstable family therefore when I started menstruating; my mother simply handed me a cloth pad to use. For six years straight, I accustomed to a cloth pad which led to various infections, hormonal imbalance which further gave me mood swings, fatigue and what not. Amidst this, as a teenager, I had dozens of unanswered questions related to menstruation but every time I would raise my voice, my mother would shut me up by saying ‘Don’t ask me too many questions. This happens with every girl and lasts for five days.’”, recalls 30-year-old Dipti Kashalkar, while speaking to NDTV, who has come to a conclusion that every girl in this country should know A-Z of menstruation and should not meet the same fate.

Lack of education and awareness during her initial years of menstruation, is what made Dipti join Upasana Society, an NGO dedicated towards creating an equal society with opportunity to education, providing employment and sustainability in villages and cities, and dealing with health and environmental issues, in 2016. 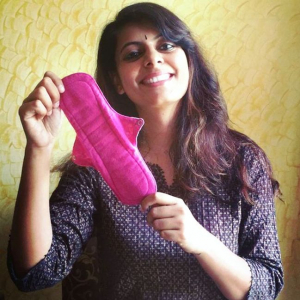 Upasana society is a brainchild of my husband Saurabh Kashalkar. He has been working on different issues including creating and increasing awareness around menstrual hygiene since 2007. He got it registered in 2011 and I joined in 2016, says Dipti.

When Dipti’s husband Saurabh started conducting menstrual hygiene workshops for tribal girls in Maharashtra, he would often find resistance from girls. Saurabh’s gender would come in the way of educating girls and women about the prominence of menstrual hygiene. Saurabh relied upon female volunteers and medical practitioners for the menstrual hygiene awareness workshops. It is only when the team was struggling; Dipti joined the NGO and took charge.

In our times, there was no internet, we didn’t know what periods were, and no one would discuss these things with us. Today these girls are informed but, the only issue is, they don’t want to openly talk about it. Until and unless we speak, we won’t know if we are doing things right. With our workshops, we are trying to initiate a healthy conversation around menstruation, says Dipti. 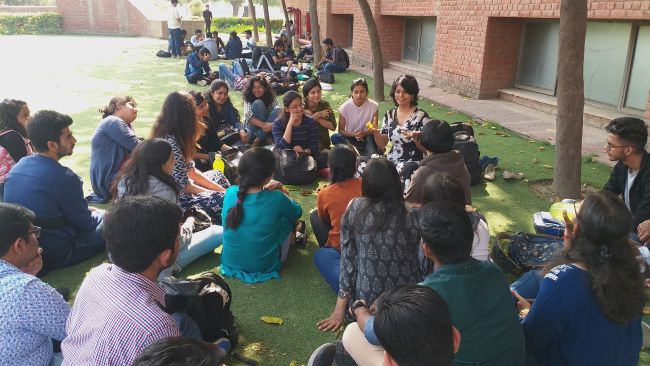 Dipti having an interactive session with college students about menstruation

It is an interactive session, more than showing a presentation on a regular basis. You need to constantly educate to reinforce the lessons. It has taken me almost three years to make those girls reach a comfort level with me. While initially the girls used to look down whenever I would start a conversation around periods, today they click pictures with me with a pad in their hand, says Dipti. 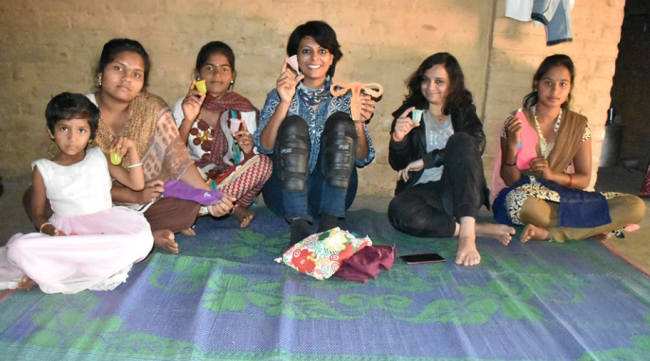 Dipti with tribal girls post their discussion on menstrual hygiene

Dipti conducts workshops for both genders and share stories from different places she has travelled to. During workshops, boys clear their doubts and ask questions on behalf of their mother and sisters, says Dipti.

Because Just Education Is Not Enough

Along with giving lessons and medical help, the team provides sanitary pads for free. Since 2013, the Upasana Society is providing sanitary napkins to over 500 women every month for free. Giving details of the same, Dipti says,

We start giving pads for free only when we have a six months supply or fund to provide pads for six months straight. If we want them to incorporate using sanitary pads as a habit, we have to provide regularly. We cannot skip any month because of the shortage of funds. 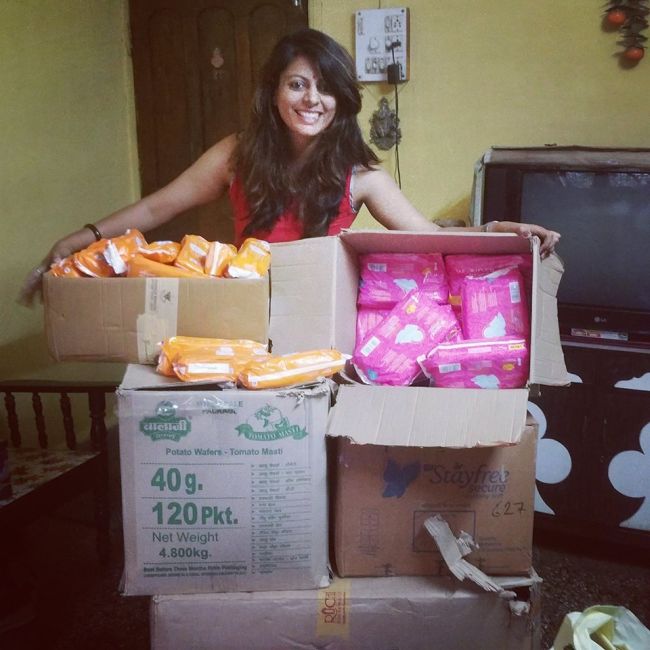 The team is now trying to introduce tribal girls and women to menstrual cups, an eco-friendly alternative to sanitary napkins. But the major roadblock is funds. Even if the team manages to accumulate sufficient amount of money, girls need to be educated.

Unlike us, they don’t have internet. They believe whoever comes and talk to them. If I ask them to switch to menstrual cups, they will be ready to at least try. But first, we need to tell them why and how menstrual cups are better than sanitary napkins for us and the environment, says Dipti.

Initially we would organise bike rides in and around Mumbai and people from varied states would come all the way to Mumbai to #RideForACause. Later, we started travelling out of Mumbai. Many a time, I go for workshops all alone like in the month of February, I conducted around 17 workshops in Kerala, Telangana and Tamil Nadu, says Dipti. 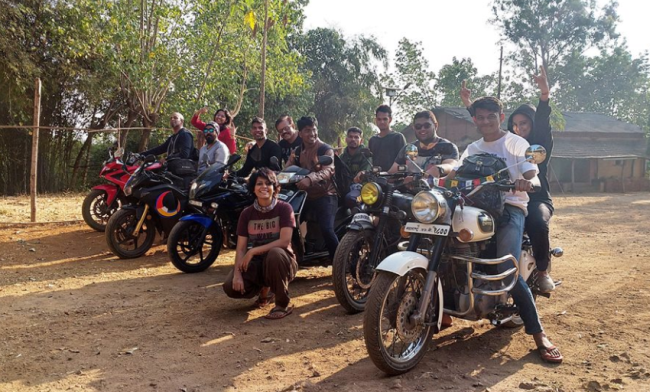 Dipti leading Chained Musafirs, riding for a social cause

The chained musafirs or biker group visits a village, stays with the villagers, understand their ground problems, and take note of their requirements. Amidst this, Dipti gathers women of the village and educate them about sustainable and safe menstrual hygiene.

India is a very society driven country. A lot of myths and taboos surround menstruation and senior citizens still abide by it religiously, like stopping women from entering temples, touching pickle while they are menstruating. I always try to get to a logical reasoning when people throw such myths, but it is still a long battle and I’m sure we shall overcome it sooner or later, says Dipti.