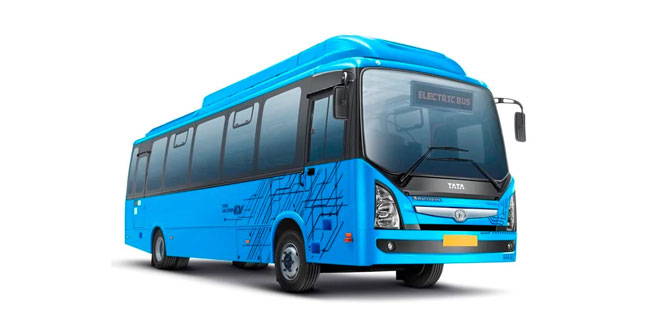 New Delhi: In an effort to push electric mobility in the state and to encourage people to adopt greener means of transportation, the Assam state government has introduced electric buses in its public transport fleet. The state has procured as many as 25 electric buses out of which the Assam State Transport Corporation (ASTC) has received 15 e-buses recently and will be receiving 10 more e-buses by the end of July this year. The buses have been procured under the Faster Adoption and Manufacture of Hybrid and Electric Vehicles (FAME) India scheme that focusses on encouraging the production and use of hybrid and electric vehicles by providing subsidies. The buses will be deployed phase-wise in the city on various routes to provide emission-free commute in the city.

While talking to NDTV about the green initiative, Anand Prakash Tiwari, Managing Director of ASTC said that the buses have been manufactured by Tata Motors and first e-bus arrived in Guwahati on May 3 from the manufacturer’s Dharwad plant in Karnataka. This bus will ply on Kamakhya temple to Paltan Bazar route from the end of May. The routes of other 14 e-buses that arrived later will be decided soon. He said,

The reason behind introducing electric buses in the state is to reduce emission of harmful gases from buses which are the main cause of air pollution. We aim to to completely electrify the public transport in Guwahati by 2030. This is just the beginning. Eventually, all our old diesel buses will be replaced by electric buses in a systematic way, as and when these get discarded.

According to Mr. Tiwari, the e-buses are 30 seater and have a capacity of carrying 50 passengers (30 sitting and 20 standing) comfortably. The bus can run for up to 120 km in one full charge. The charging infrastructure for supporting a smooth running of these buses is being developed by Assam Power Distribution Company Limited (APDCL) at Inter-State Bus Terminal, Guwahati and Assam State Transport Corporation’s Paltan Bazar Complex where the buses can be parked for charging. The e-buses can be charged in 90 minutes to 2 hours using a fast charger. As far as the fare is concerned, Mr. Tiwari said that the fare have been decided yet but it will be almost at par with the fare charged in conventional buses because the running cost of electric buses is much lower.

Taking forward State’s green mobility initiative, the transport department of Assam has also prepared an EV policy and has submitted it to the government after discussions with stakeholders. The draft policy is currently awaiting Cabinet’s nod. Mr. Tiwari signed off saying that soon after the policy gets approved, ASTC plans to put more electric vehicles in the public domain in Guwahati and other major cities of Assam.

Menstrual Hygiene Sees The Light Of The Day In Hailakandi Jail, Assam, As Women Inmates Get Sanitary Napkins