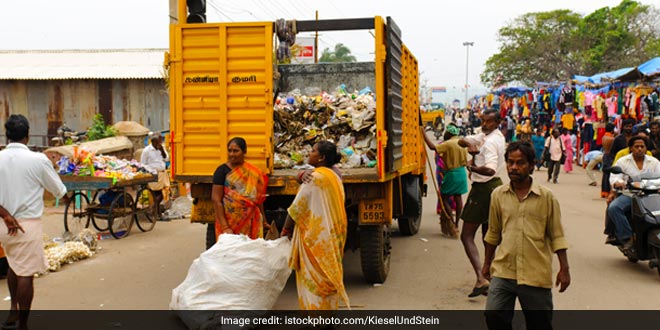 New Delhi: Over 89 per cent of urban municipal wards in the country have achieved the complete door-to-door collection of solid waste under the Swachh Bharat Mission (Urban), the government said in an RTI (Right To Information) reply. The Union Ministry of Housing and Urban Affairs (MoHUA), in its reply, said that out of 84,420 wards, there are 75,367 wards with the facility of 100 per cent door-to-door collection of municipal solid waste.

Andhra Pradesh has 3,409 wards which are providing this facility while there are 10,831 such wards in Uttar Pradesh, the ministry said, adding that 254 municipal wards in Delhi have this service.

The Swachh Bharat Mission, launched by Prime Minister Narendra Modi in October 2014, aims at making urban India free from open defecation and achieving 100 per cent scientific management of municipal solid waste in 4,041 statutory towns in the country. The ministry said in its RTI reply,

Hundred per cent door-to-door collection of municipal waste has been achieved in Bihar’s 2,970 wards while in Gujarat, there are 1,415 such municipal wards.

Twenty-six wards in Chandigarh and 3,217 wards in Chhattisgarh have this facility under the Swachh Bharat Mission. According to the RTI reply, 630 wards in Jammu & Kashmir and 956 wards in Jharkhand have the facility of 100 per cent door-to-door collection of municipal solid waste.

Also Read: Throwing Your Kitchen Waste Recklessly? Think Again! We Give You 5 Ingenious Ways To Reuse It

In a bid to tackle the garbage woes of the country by encouraging waste segregation at source, the government of India launched a waste management campaign on the World Environment Day 2017. Under this campaign, a two-bin system in 4,000 cities across the country was initiated. India generates around 62 million tonnes of solid waste annually and mere 43 million tonnes of the waste is collected, out of which 11.9 metric tonnes is treated and the bulk 31 metric tonnes is dumped into the landfill sites in an unhygienic way. As per World Health Organisation (WHO) improved collection, management, and disposal of urban waste is one important strategy that can yield multiple improvements in both climate and health of the people.

Menstrual Hygiene Sees The Light Of The Day In Hailakandi Jail, Assam, As Women Inmates Get Sanitary Napkins