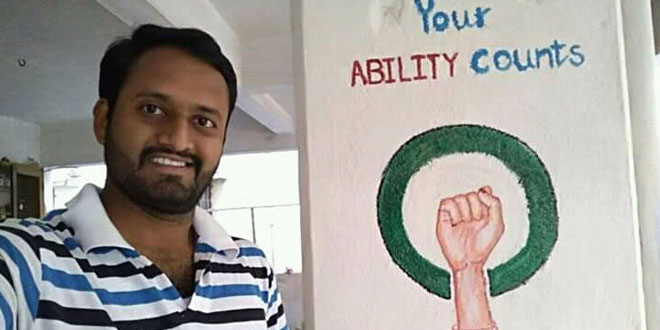 Mumbai: When Sachin Subhash from Pune was in his early teens, his mother underwent an operation to remove her uterus after she was infected from using an old cloth as a sanitary napkin. However, Sachin’s questions regarding his mother’s operation were shunned by his family members and so his attempt at understanding menstrual hygiene awareness was in vain. Almost a decade later he was in a similar situation when one of the tribal women living close to his residence was in need of an operation. Though different time periods, the cause and issue were the same – infection from using an unhygienic cloth during menstruation.

Two years ago, when Sachin founded his NGO SamajBandh to help people living in Pune’s slums with basic clothing and food, he came across many women who had health problems from bleeding every month.

I had started the NGO with the primary objective of distributing clothes to women and children in the slums. After I spent a few days with the people, I realised that the women didn’t want any financial help or clothes. They were in dire need of someone who would help them with their menstrual problems. Since I also had very limited knowledge about it, I spoke to my mother about it. It was then she told me about her operation. On doing my own research on menstruation, I was startled to know that 52 per cent of the women in India do not use a sanitary napkin while bleeding.

Just like actor Akshay Kumar in the movie ‘PadMan’, Sachin first collected samples of different sanitary napkins to study them. He dismantled the conventional pads that contain plastic and found that these napkins take over 500 years to decompose, thus proving harmful for the environment. Pads that were biodegradable either have affordability or accessibility issue. 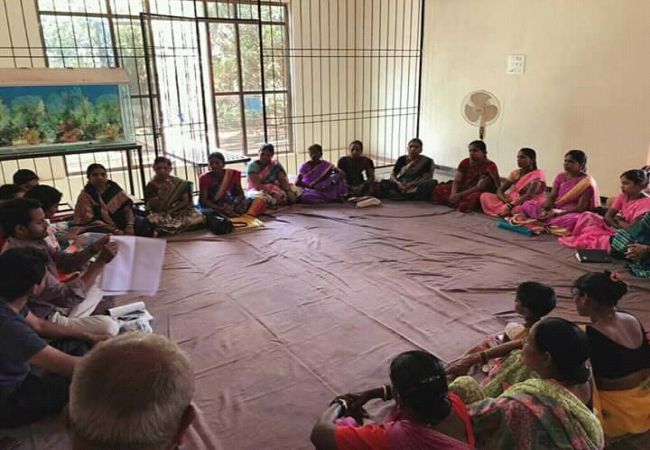 My original plan was to distribute conventional pads for free in slums, but I dropped the idea as there is no point in distributing something for free that is eventually going to harm humans and environment. Using old clothes was also not an option. I did come across a few safe options like menstrual cups which were not expensive but on surveying nearby villages I found that they were not readily available in the medical shops. In places they were available, women still preferred using old clothes instead of asking male members to purchase since menstruation is considered as a taboo.

He invested months to come up with an eco-friendly solution. The sanitary pads made by SamajBandh contain old clothes, jeans and cotton. The old clothes are washed properly to ensure hygiene and cleanliness. Sachin hired three local women and created samples to test slums of Pune. Once women residing in the slums gave a green signal, Sachin made it his goal to help as many tribal women as possible.

As for procuring raw materials, Sachin took maximum advantage of social media platforms and informed people about his initiative. With time, the number of clothes donated at SamajBandh increased. 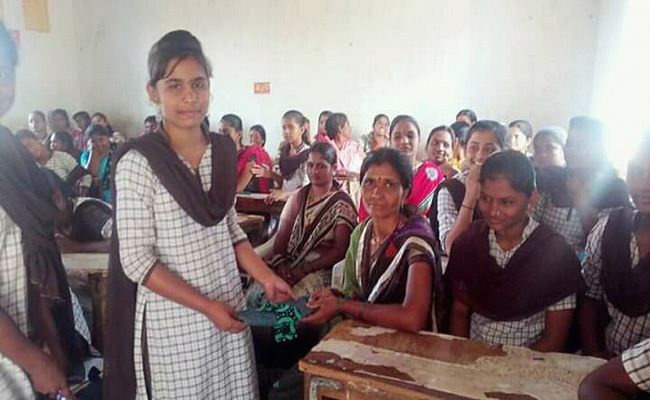 The sanitary pads made by SamajBandh contain old clothes, jeans and cotton

Talking about the investment cost of sanitary napkins Sachin, who is a lawyer by profession, says,

We do not have to spend much on making the pads as all the raw materials are acquired for free. Expenditure is only in the machine maintenance and salary of the three women.

Women Empowerment: From Students To Teachers

When Sachin started SamajBandh he was worried of tribal women’s dependence on the NGO. He feared women would stop using pads once the free distribution stopped. At the same he was aware that it would not be feasible to manufacture so many pads without spending money. Thus, he modified his awareness model that would not only educate the tribal women about menstrual hygiene but also empower them to make their own sanitary napkins. 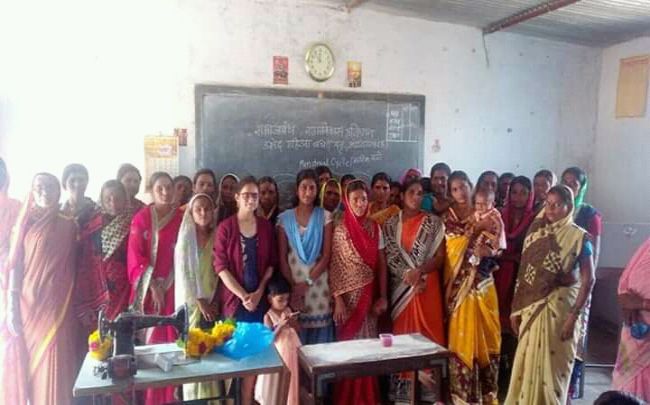 Sachin empowers tribal women about to make their own sanitary napkins

There are several organisations that provide pads for free or at subsidised rates. They have investors, friends or family who help them financially. Since I don’t have that option, I decided to teach tribal women the process of making pads, says Sachin.

With over 60 volunteers, every once in 15 days, Sachin visits villages, where the tribal population is more. With help from aanganwadi workers, he organises workshops for the women and girls. He begins by giving them a crash course on menstruation covering various topics right from myths, unsafe practices to menstrual waste management. At the end of the workshop he distributes the sanitary pads made from old cloths and teaches the process to participants.

These pads don’t need any specialised machine or skilled labour it can be made at home by a sewing machine. Even if a machine is not available, a woman can make it with a needle and thread.

So far, the NGO has visited 50 villages, distributing the pads and imparting the knowledge to more than 2,000 women. 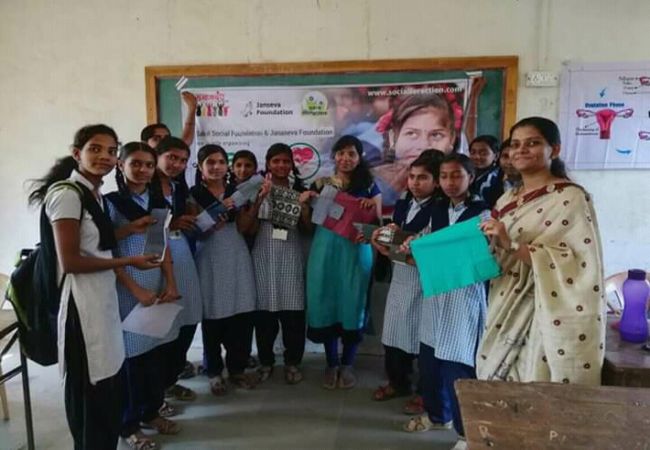 With over 60 volunteers Sachin undertakes workshops on menstrual hygiene

To help women earn from making sanitary napkins, Sachin’s next plan is to establish Self-Help Groups (SHGs) in the villages.

We have started to make SHGs in tribal areas of Pune, Ratnagiri, Gadchiroli and Melghat (Amravati) to start the sanitary napkin production and reach every woman who is deprived of basic menstrual hygiene. The process is simple, we select women who are keen on helping their fellow villagers and want to become financially independent. In every village, we will train 2-3 women effectively and help them establish a small SamajBandh centre where they can sell the cloth pads. One trained woman will pass on the training to other 2-3 women and a ripple effect will be created. My wish is that every Indian woman uses sanitary napkin, adds Sachin.

From The Movie PadMan To Sanitary Pads Being Exempted From GST, 2018 Saw Menstrual Hygiene Come Out Of The Closet