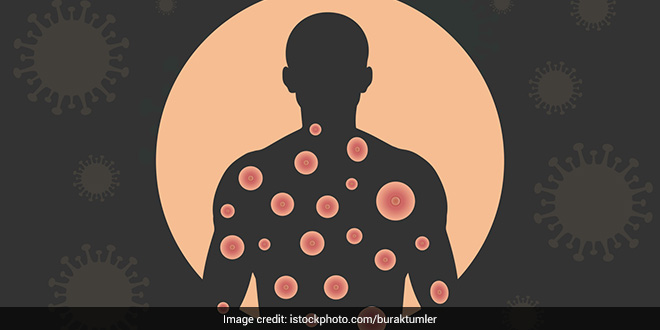 Monkeypox In India: This is the second case of monkeypox in Kerala as well as the country

Thiruvananthapuram: A 31-year-old man from Kannur in Kerala tested positive for monkeypox on Monday (July 18), making it the second confirmed case of the disease in India, a Union health ministry official said. The patient had landed at the Mangalore airport in coastal Karnataka from Dubai on July 13. He was admitted to a hospital after he exhibited symptoms of the disease. His samples were sent to the National Institute of Virology, Pune, and they tested positive for the virus, the official said. The Union health ministry had last week rushed a high-level multi-disciplinary team to Kerala to assist the state health authorities in instituting public health measures after the first confirmed case of monkeypox was detected from Kollam district on Thursday.

In view of the report of confirmation of a case of monkeypox disease from Kollam district in Kerala, the health ministry has decided to depute a multi-disciplinary central team to support the state government of Kerala in investigating the outbreak and institute requisite public health measures, an official memorandum by the health ministry last week read.

The team shall work closely with the state health departments and take stock of the on-ground situation and recommend necessary public health interventions, the officials had said. The Government of India is taking proactive steps by monitoring the situation carefully and coordinating with states in case of any such possibility of outbreak, the health ministry had earlier said. According to the World Health Organisation, monkeypox is a viral zoonosis (a virus transmitted to humans from animals), with symptoms similar to those seen in the past in smallpox patients, although it is clinically less severe. With the eradication of smallpox in 1980 and subsequent cessation of smallpox vaccination, monkeypox has emerged as the most important orthopoxvirus for public health.