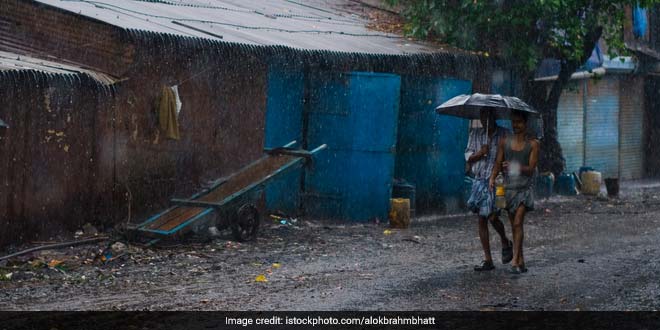 Bengaluru: Like Janus, the Greek god, the Indian monsoon has two faces, according to a report by researchers from Germany in the journal “Science”. The report says the monsoon convection not only transports pollutants upward all the way to the stratosphere (that starts at 18 km), from where they disperse globally, but it simultaneously provides a “cleansing mechanism” by removing particulate pollutants by precipitation with a key role played by lightning.

About two decades ago, the Indian Ocean Experiment uncovered a large pollution haze from biofuel use, agricultural burning and fossil fuel combustion, downwind of South Asia during the dry winter monsoon (December to March). But its fate during the wet summer monsoon (May to September) had been unclear till now.

Lelieveld at Planck Institute for Chemistry in Mainz and co-workers say they have now for the first time performed chemistry measurements by sampling the summer monsoon outflow in the upper troposphere (between 9 and 15 km altitude).

The study, carried out using a research aircraft that flew from the Eastern Mediterranean (Cyprus) to the Indian Ocean (Maldives), “aimed at atmospheric impacts of associated air pollution emissions on regional and global scales during the South Asian summer monsoon”, says their report.

“The measurements, supported by computer model calculations, show that the monsoon sustains a remarkably efficient cleansing mechanism in which contaminants are rapidly oxidised and deposited to Earth’s surface,” the researchers say.

About 80 per cent of all reactive sulfur emissions in South Asia, from large-scale coal burning in China and India, “are removed by precipitation largely as sulfate”.

However, some pollutants are lofted above the monsoon clouds, and chemically processed in a reactive reservoir before being redistributed globally. The researchers are able to show that ground-based sources of pollution can reach the stratosphere during the monsoon.

Our hypothesis is that the monsoon anticyclone is infused by South Asian convection that carries air pollution emissions upward from this region, with possible additional contributions from East Asia and Africa, the authors say.

According to the researchers, the monsoon behaves like the two faces of Janus — transferring pollutants from the surface upward while sustaining an effective cleansing mechanism that curbs the impacts of the pollutants on the surface.

Once in the upper troposphere, pollutants accumulate and are chemically processed in a reactive reservoir for weeks and reaction products disperse globally including to the stratosphere.

It is expected that the rapidly increasing South Asian emissions will intensify the flux of pollutants through the anticyclone in the years to come, the report says.

Srinivasan, Distinguished Scientist at Divecha Centre for Climate Change in Bengaluru, told IANS: “It is an interesting paper.”

Mr Srinivasan said that recent work done by Prof S.K. Satheesh of the Indian Institute of Science in Bengaluru has shown that emissions of soot from high flying aircraft can also impact the stratosphere. Such studies are important as “we need to control air pollution in India because it has adverse impact on our health”.