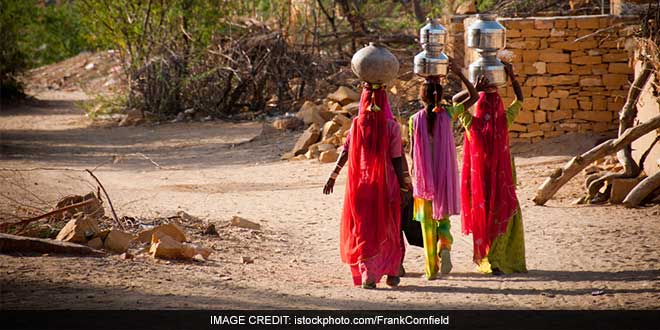 New Delhi: More than 1, 11,000 villages across India are now open defecation free. To understand the relevance of that, let’s look to a few years back, when about 48% of the population in the country defecated in the open according to report in UNICEF. Until a few years ago, the problem of open defecation didn’t even feature on the government’s development agenda. Prior to the launch of Swachh Bharat, nearly half of the people in the country did not even have toilets in their houses, and always relieved themselves in the open.

Despite rapid urbanization, there were barely any public toilets in our cities and towns.

Now, two years after the launch of the Swachh Bharat Abhiyaan, more than one lakh villages have attained the status of being Open Defecation Free (ODF). Every person in these villages have started using toilets.

The rural sanitation drive began with three thousand villages achieving the status of ODF last April. A year later, 1.70 lakh villages have combated the problem of the open defecation.

On an average 10,000 villages turn Open Defecation Free per month.

Also Read: This Australian Man Is Fighting To Keep India’s Girls In Schools

On March 15, the Water and Sanitation Ministry shared the latest progress report on the Swachh Mission.

Since the Swachh India Mission was launched, more than 30 lakh individual and community toilets have been built across the country. A total of 525 cities have been declared as ODF so far. 100 districts in rural India are also open-defecation free, a feat that was lauded by the Prime Minister himself.

I am glad that the Swachh Bharat Mission is a mass movement, with over 100 districts now Open Defecation Free. #MyCleanIndia pic.twitter.com/1X85OCoHoH

These Five States Will Soon Be Declared Open Defecation Free