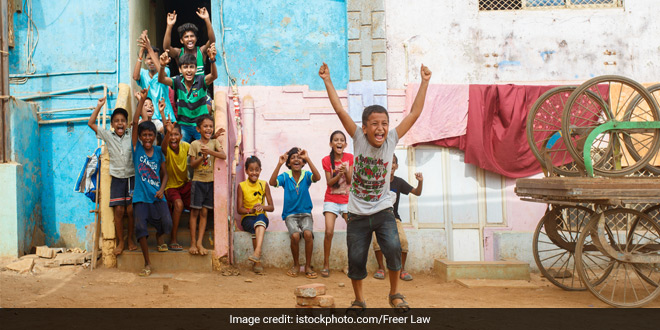 New Delhi: Financial capital of Mumbai has some serious issues to deal with in terms of the health of its children, according to a new report ‘State of Health Of Children In Anganwadis and Municipal Schools’. The report compiled by NGO Praja (a non-partisan organisation that conducts data-driven research and provides information on civic issues to citizens) analysed the Municipal Corporation of Greater Mumbai’s (MCGM) School health check-ups and deaths data in the city and found, “17 per cent children in anganwadis across Mumbai were underweight in 2018-19, of which, 2,713 were severely underweight.”

According to the report, of the children, screened (2,26,066) in MCGM schools, 7,383 students were reported underweight and 1,421 were reported overweight, reflecting the double burden of malnutrition.

The report further highlighted that 2,212 students in Mumbai had a Vitamin A deficiency, and 1,652 had a deficiency of Vitamins B, C and D in 2018-19, all of which are primarily caused due to nutritional deficiencies in the diet.

Along with malnutrition and underweight, one of the other major worries is that of Anemia, which is a lack of healthy red blood cells that help to carry adequate oxygen to the body’s tissues. The report highlighted that 3,106 cases of anemia were detected in 2018-19 in Mumbai, 70% of which were among girls.

Talking about the grim trend in Mumbai and the problem when it comes to nutrition, a spokesperson from NGO Praja said,

Under the central government’s mid-day meal programme, government schools are to provide nutritious afternoon meals to students, however, a large number of children are still afflicted with nutrition-related deficiencies. This clearly highlights the need for additional nutritional supplements for a balanced and rich diet with an emphasis on physical fitness, and an overall hygienic environment.

Recommending what the authorities should do to tackle the issue of malnutrition and undernutrition in the city, the spokesperson from the organisation said,

Awareness among parents, teachers, children and the general population for providing a balanced diet to children, advantages of eating nutritious food, early detection of symptoms related to malnutrition as well as various other diseases need to be priortised. In government and private schools, where school management committees are established, regular checks and monitoring must be carried out to ensure that healthy and nutritious mid-day meals and student lunches are provided. For the ailments and diseases detected in the schools’ health checkups, there needs to be a proper monitoring mechanism which ensures that referrals to dispensaries/hospitals are followed up.

Earlier this year, the high court was informed that 508 children died between April and December 2018 in Melghat region of Maharashtra due to malnutrition and apart from this there were 153 cases of stillbirths (death or loss of a baby before or during delivery). On Tuesday, the same day when this report was released, the Bombay High Court directed the state government to file an affidavit giving details of the steps taken by it after malnutrition deaths in Melghat. The court also expressed displeasure over the number of deaths in Melghat and said,

Maharashtra is such a progressive State and even if one infant dies of malnutrition it is something to be worried about.