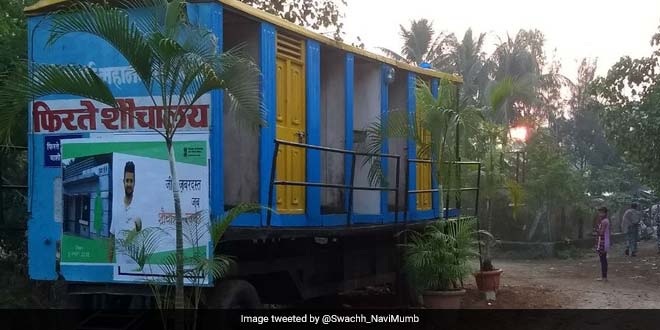 New Delhi: In Chembur’s Ramtekadi, the 5-year-old community toilet stands like a crumbling building, with broken doors, waterless taps and unrelenting stink. Occasional users aside, most people from nearby slums or residential areas have stopped using the toilets, though the purpose of its construction was to ensure that people residing in the nearby slums had a working toilet to use. In 2017, when the Brihanmumbai Municipal Corporation (BMC) began taking stock of community toilets in Mumbai which were in dire need of repairs, many such toilets from the city were listed among the ones which required attention. The municipal corporation, which floated tenders in 2017 to revamp over 22,000 toilet seats in the city is facing a crisis, as interest in the project seems to be waning among bidders.

Urban Maharashtra was declared open defecation free on October 2, by President Ram Nath Kovind, but public sanitation remains a matter of concern for the city’s civic body. Over 12,000 toilets in Mumbai are more than 10 years old and suffering from decaying infrastructure and poor maintenance, discouraging people from using these regularly. While the bidding for tender was opened in November 2017, few contractors have come forward to show interest for the reconstruction projects, putting BMC in a fix.

Till now we have received bids for repairing around 4,000 toilet seats, which is way less than our target. Contractors are often not keen to repair toilets as the profit margin is comparatively lower than other high-end construction projects. We have the bidding process opened till May 10 to see how many more bidders we can get for the reconstruction projects, said Vishwas Shankarwar, Deputy Municipal Commissioner, Solid Waste Management, BMC.

Lack of interest among contractors to take up construction or repairing of toilets is not new or restricted to Mumbai. Instances of private contractors showing interest in sanitation projects are far and few, and major cities like Delhi or Bengaluru have witnessed reluctance on behalf of private contractors taking up toilet construction or repairing work. Bidders often cite that community toilets situated in slums are not used responsibly by local residents, resulting in them becoming unusable within one or two years despite such toilets having a shelf life of 10-12 years.

Often contractors are held responsible if a public or community toilet becomes unusable, as they allegations of poor quality of materials and poor planning is used against them. While such instances are common, not all contractors build toilets poorly. The damage done to contractors’ reputation could be a reason why the BMC’s reconstruction project is not finding enough bidders, said Ramakant Berde of Alphatech Contractors, which has till now repaired over 700 toilets in Mumbai.

Community sanitation in Mumbai is not in the greatest shape, as a majority of the city’s public and community toilets are 10-12 years old and are barely functional. The BMC has already taken up an ambitious target of constructing around 5,300 public toilets this year, but with its toilet reconstruction project not finding adequate bidders, the civic body’s plans of toilet building too remains suspended and faces an uncertain future.