Dirt and litter everywhere, and no one around to clean the mess! India is the seventh-largest country in the world by area and the second-most populous nation with over 1.2 billion people. It is also among the dirtiest country’s in the world, with more than half the population having no access to toilets and defecating in the open. With Prime Minister Narendra Modi showing a personal interest in the issue of cleanliness or swachhta, the government launched a massive Swachh India campaign. To make it a people’s movement, PM Modi then initiated a chain by inviting nine famous personalities to spread awareness on cleanliness. Among those nominated were film actors Salman Khan, Priyanka Chopra and Kamal Hassan, industrialist Anil Ambani, Goa Governor Mridula Sinha and Congress leader Shashi Tharoor, yoga guru Ramdev and the team of TV serial “Tarak Mehta Ka Ulta Chashma.”

Soon even other celebrities joined in, from Big B to the queen of Bollywood, Kangana Ranaut to the ‘God’ of cricket, Sachin Tendulkar. Here’s the list of five celebs who are spreading the Swachh India message in the best possible yet entertaining way!

1. Remember that proverb we learned as children – “Cleanliness is next to Godliness” 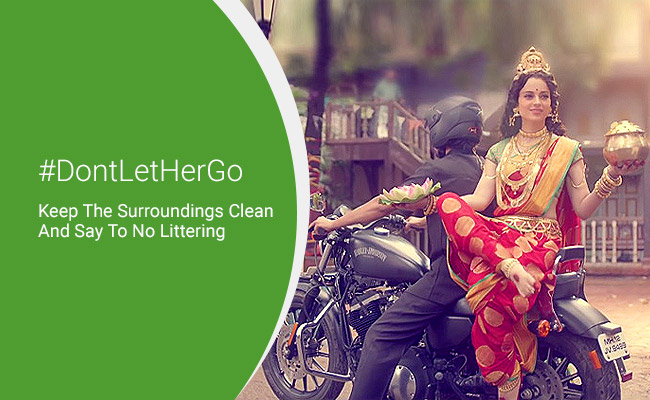 Kangana Ranaut took that message to the next level and turned it into an ad campaign none of us will ever forget. The ad featured Ranaut as Goddess Lakshmi who abandons worshippers who dare to litter in her presence. The ad sent out a very strong ‘Say No To Littering’ message. 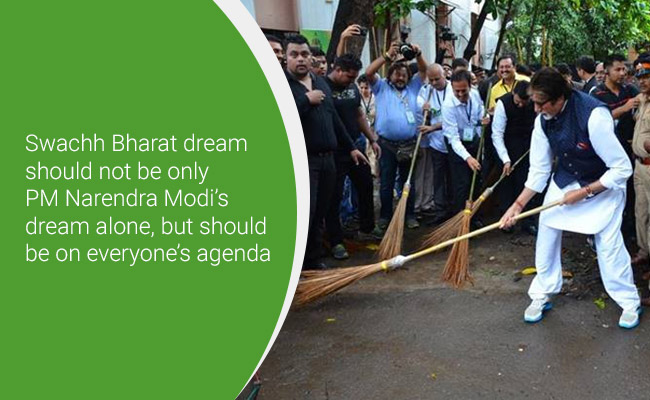 Amitabh Bachchan has been involved in the Swachh India cause from the moment Prime Minister Narendra Modi flagged the ‘Swachh Bharat Mission’ in 2014. He is the face of the Swachh Bharat Mission and every now and then shows his support through public service announcements (PSA) in the form of videos/radio jingles etc. In fact, it is not uncommon to see him cleaning up with a broom himself!

Also Read: 5 Quotes By Amitabh Bachchan At The #MahaCleanathon

He also cleaned Mumbai’s JJ Hospital complex area in order to make people aware about the importance of swachhta. 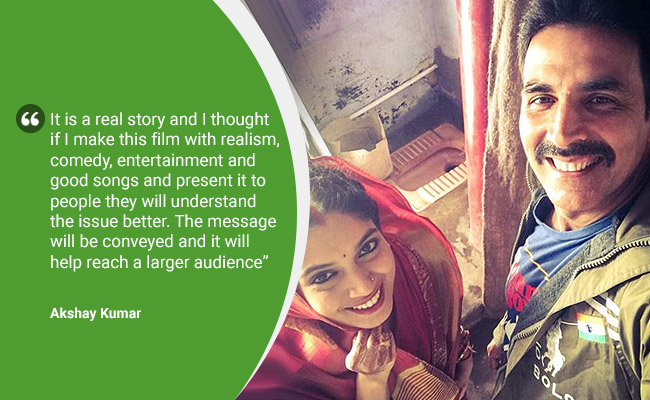 Traditional belief is that the issue of open defecation is best tackled through documentaries or news reports. Well, the Khiladi of Bollywood has turned this notion on its head and decided to star in a feature film based on the topic. Not just that, his latest venture actually features a toilet in as important a role as him and his co-star Bhumi Pednekar. Toilet – Ek Prem Katha, a social satire, talks about open defecation and Akshay Kumar feels that this issue should be spoken about rather than brushing it under the carpet. 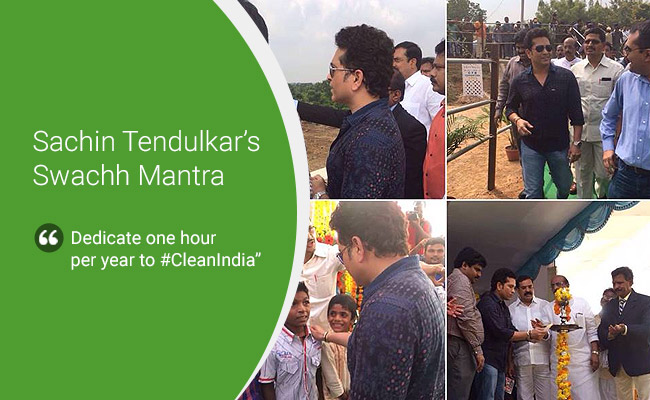 When the Little Master tells fans to clean up their surroundings and strive towards a ‘Swachh India,’ you listen.
Pedestrians in Mumbai were unable to use the footpath across the Bandra Reclamation Bus Depot as it was dumped with litter and garbage. The footpath was being misused as a place where people went to urinate or defecate in the open. The master blaster decided to clean up and beautify that stretch in order to make people aware of the ongoing Swachh Bharat mission.

Not only that, Sachin Tendulkar has adopted two villages in India, one of which is in Nellore and has been declared open defecation free.

5. ‘Bhai!’ or Salman Khan Has Joined Mumbai’s Swachh Cause 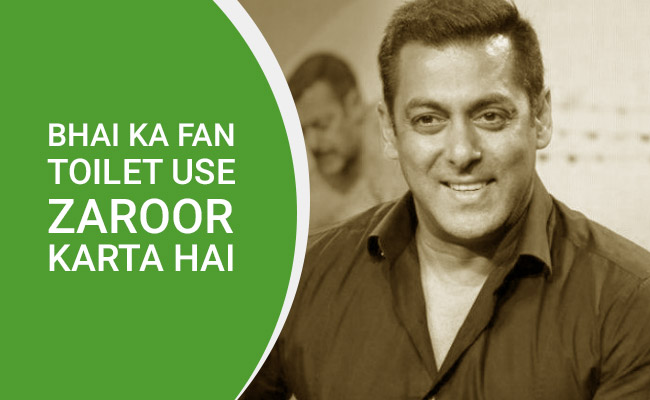 The Dabangg star has recently become the face of the Mumbai municipality or Brihanmumbai Municipal Corporation’s Swachh Abhiyan and will help to create awareness about cleanliness amoung Mumbaikars. Salman Khan has also urged citizens to participate actively in the Swachh Bharat Abhiyan campaign and use toilets instead of defecating in the open. He also donated five mobile toilets to the BMC. Each toilet is fitted with six seats.

The government plans to construct 12 crore toilets in rural India to achieve its goal of being open-defecation free by 2 October 2019. However, cleanliness is a collaborative effort and no government initiative can succeed unless fully backed by us, the citizens of India.

This Is Asia’s ‘Cleanest Village’ And It Is In India