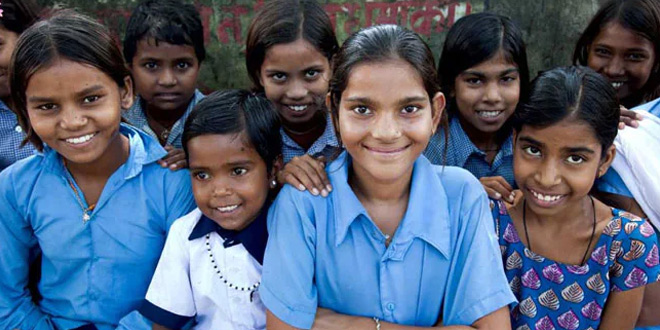 New Delhi: From female infanticide and gender inequality and discrimination to sexual abuse and violence, there are numerous issues that girls continue to face. With the objective of highlighting the inequalities faced by girls and promoting awareness about the rights of a girl child and the importance of their education, health, and nutrition, National Girl Child Day is celebrated in India every year on January 24. This is an initiative of the Ministry of Women and Child Development (MWCD) which conducts various events on the day across the country along with other ministries like Ministry of Culture, Ministry of Education, Ministry of Youth and Sports, Ministry of Science and Technology and Ministry of Skill Development. The purpose of the day is also to change the attitude of society towards girls and uplift the girl child, says MWCD.

Today is the day to renew our commitment twd providing equal opportunities to our girls. On National Girl Child Day, as we celebrate accomplishments of our daughters, we pledge to bridge the gender divide to build an inclusive & equal society. pic.twitter.com/qpglx0fS9y

Also Read: Important To Be Vocal About The Rights Of Girls: Miss World Manushi Chhillar

National Girl Child Day was first initiated in 2008 by the Ministry of Women and Child Development. The purpose of this day is to spread awareness about the gender-based discrimination that girls face in our society and to bring change in the attitude towards girls.

The government has taken several steps over the years to change this and improve the conditions of girls. Several campaigns and programs such as Save the Girl Child, free or subsidised education for the girl children, reservations for women in colleges and universities have been initiated to reduce this discrimination. The celebrations will also mark the anniversary of Beti Bachao, Beti Padhao (BBBP), a flagship scheme of the Government of India which was launched in 2015 and aims to generate awareness and improve the efficiency of welfare services intended for girls in India.

Selfie With Daughter And Other Activities

To celebrate National Girl Child Day, MWCD and other ministries of the government organize several campaigns and activities urging the people to participate in large numbers. A social media campaign ‘selfie with daughter’ is also being organised to encourage parents to showcase their love and the feeling of pride towards daughters. Today, MWCD Minister Smriti Zubin Irani will also interact with children from a few marginalised identities from across the country in an online event ‘Kanya Mahotsav’. National Commission of Women is also organizing a virtual discussion through which their speakers will contribute to raise awareness about the rights of girls and the importance of girls education.

Related Topics:
Leaving No One Behind mother and child health National Girl Child Day 2022 Swasth India
Up Next

Covishield, Covaxin Cleared For Market Approval – What Does It Mean & How It Will Benefit India’s Ongoing COVID-19 Fight?