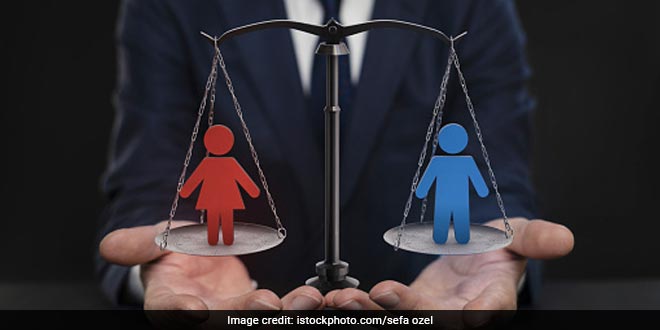 On the occasion of National Girl Child Day, meet CEO of Pink Legal, Manasi Chaudhari, who is helping teach girls about their legal rights

New Delhi: In 2021, India slipped 28 places and ranked 140th among 156 nations participating in the rankings of the gender gap as per the Global Gender Gap report prepared by World Economic Forum. To help contribute towards reducing this gender inequality by empowering women with the knowledge of their legal rights, Pink Legal – India’s first and only portal, which provides information to girls and women about their legal rights was founded.

As we mark the National Girl Child Day today (January 24) in India, we speak to the founder & CEO of Pink Legal, Manasi Chaudhari about the portal, why did she come up with something like this and the importance of educating the girls about their legal rights. Here’s what she said:

NDTV: How did you think of something like this, which is the need of the hour?

Manasi Chaudhari: Pink legal is currently the only platform in India that helps provide legal information to girls and women. As a law student, I realised that in India there are many laws and rights which are actually in favour of women. But the problem is that most women don’t know about these laws as they are very complicated and difficult to understand. I also realised that there is no source which is actually reliable and comprehensive where women can actually understand their rights from. This is how the idea of pink legal was born. Pink legal started as a law awareness website, but today it also provides women access to legal services by connecting them to lawyers across India and also by answering their legal queries.

Also Read: ‘On This National Girl Child Day, Say No To Violence Against Girls’

NDTV: What are some of the important laws that every woman should know?

Manasi Chaudhari: There are three important laws, which every woman or girl should know. No.1 is the domestic violence act, which is one of the most common problems faced by women in India. Domestic violence act protects you from four types of violence – physical, emotional, financial and sexual and it protects you against any family member, it could be your own or matrimonial family members as long as you are sharing a house with them.

Number three is the sexual harassment law at workplace because we have all seen through “Me Too” movement that it is quite a commonly occurring phenomena in our country.

And the PoSH act – which is the Prevention of Sexual Harassment at workplace act and is a very strong law in favour of women. It protects them against all sexual harassment in the workplace.

NDTV: What are some of the examples or cases you have seen that highlights the things women are looking out for in terms of help?

Manasi Chaudhari: Surprisingly or not so surprisingly, the maximum number of queries we receive at Pink Legal is the domestic violence – either from their own family members or the husband’s family members. About 90 per cent of women who reach out to us at Pink Legal face domestic violence and the remaining has something to do with their marriage or divorce or custody of children. And for girl children, we have noticed that being forced into marriage is very common. A lot of girls reach out to us to know about their rights when their parents force them into some marriage.

NDTV: How important it is to educate girls about their rights from an early age?

Manasi Chaudhari: I think it is extremely important to educate girls about their rights. Right from childhood, if it can be included in the part of the curriculum, it will be an ideal situation because awareness and education is the first step towards empowerment. If girls know about their rights from childhood and know that they have rights against sexual harassment, rights against domestic violence and other commonly occurring problems, they will know that they don’t have to suffer in silence and they have legal remedies that can help them take action.

NDTV: COVID-19 has really disturbed the lifestyle across, what all changes did you see at Pink Legal in terms of women reaching out for help?

Manasi Chaudhari: During COVID-19, we have again seen an increase in domestic violence cases. Child marriages have also gone up. The number of girls reaching out to us with their parents forcing them to marriage have also increased.

NDTV: India proposes to raise the marriage age for girls to 21. What implications this change brings in?

Manasi Chaudhari: This is a good move, as the marriageable age of boys is also 21, so this brings an equality in age for all genders. Secondly, by making it 21, we are giving girl children additional three years to be able to settle in life, receive education, maybe get a job, instead of forcing them into a marriage at the age of 18. The only flip side that comes out of this is that we can have more under the radar kind of marriages which can be conducted illegally.

NDTV: Incase the girl really needs help but they cannot get out of the house, how can they reach out to Pink Legal?

Manasi Chaudhari: So, all the information at Pink Legal is available at the click of the button, so anybody with the access to internet can consume it. Anybody with phones can send in their legal query to our website or if they want to connect with the lawyer or counsellor, they can access these services for free. Thirdly, if they want to take an action and file the case they can connect with us, we will match their requirement with the lawyers we have in our network. So, everything is available to them at the click of the button at their fingertips.

Every year, January 24 in India is marked as National Girl Child Day. The day is an initiative of the Ministry of Women and Child Development (MWCD) and is being celebrated since 2008, with an objective of highlighting the inequalities faced by girls and to promote awareness about the rights of a girl child and the importance of their education, health, and nutrition.

National Girl Child Day: 10 Facts On The Status Of Girl Child And Women In India

National Girl Child Day 2022: Here’s Everything You Need To Know