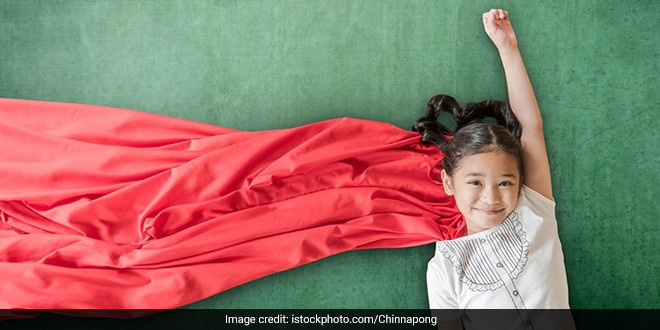 Mumbai: Manushi Chhillar, who will make her Bollywood debut opposite superstar Akshay Kumar in the much-awaited historical ‘Prithviraj’, has been vocal about equal rights for girls ever since she was crowned Miss World in 2017. She spearheads Project Shakti, a non-profit organisation aimed at educating girls about menstrual hygiene and has been associated with several UNICEF campaigns. On International Day of the Girl Child 2021, Manushi is using social media to create awareness about the need to be vocal about the rights of the girl child. Manushi said,

I feel it is important for men and women to be vocal about the rights of girls. It is a fact that women have to work harder to get to where they eventually reach. Women have to take the power in their own hands and shape the perception of how a girl should view herself. It’s a world full of opportunities and stereotypes only act as shackles for a better future and a better life. It is time to shatter those stereotypes.

Here’s to the strongest of them all! The girls! Let’s celebrate each day as ours. Let’s pledge to make it a better place for all girls across this world. I have painted this as a sign of my love to the girl gang, to say that we are all united as one.

Manushi has merged advocacy with art to mark this special day. She is urging girls on the internet to freely express how they feel being a girl child and how they would like to be vocal for their rights. Manushi said,

I have always been vocal about equal rights for the girl child and on the occasion of the International Day of the Girl Child, I will be using the power of social media to bring as much attention to this issue. I want to collaborate with fellow creative people to show the world how we perceive equal rights, and how we, as women, want to be perceived.

‘Digital Generation. Our generation’ is this year’s theme for International Day of the Girl Child, which is observed annually on October 11. Various government and non-government organisations globally will host virtual seminars and presentations on this day. People can participate by posting stories, videos and blogs. The day is observed to urge the global community to embolden gender equality impacts.

Also Read: Discrimination And Barriers Make Access To Quality Healthcare A Challenge For Many Transgenders