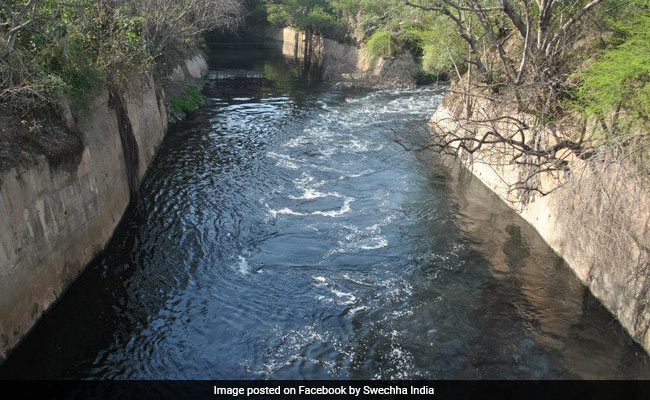 New Delhi: The National Green Tribunal (NGT) has directed the Mathura Cantonment Board to comply with its order and pay Rs 10 lakh as environmental compensation for causing pollution in the temple town and river Yamuna. A bench headed by NGT Chairperson Justice Swatanter Kumar asked the cantonment board to deposit the amount with the Central Pollution Control Board (CPCB).

After such a submission is made, the CPCB along with its comments would submit a report to the tribunal and subject to orders of the tribunal, the amount may be spent on development of the site, the bench said, while hearing a review petition filed by the Cantonment Board.

The green panel, in its April 13 order, had directed the Uttar Pradesh Pollution Control Board (UPPCB) and the Mathura Cantonment Board to pay Rs 5 lakh and Rs 10 lakh respectively, as environmental compensation for causing pollution.

The UPPCB had moved the Supreme Court which had stayed the NGT decision, while the Board approached the tribunal seeking a review of its order.

On April 13, the tribunal had directed the Cantonment Board to complete the construction of a wall between river Yamuna and the dumping site within three months to ensure that municipal solid waste (MSW) do not enter into the flood plain or the river directly or indirectly. It had also asked it to provide green belt and put barbed wires around the dumping site to ensure that no animal enters the trenching site.

The tribunal had earlier castigated the UPPCB and the Cantonment Board, which works as a municipal body, for failing in their constitutional duties and causing continuous air and water pollution.

The order had come on a plea filed by Mathura resident Tapesh Bhardwaj alleging that the Cantonment Board after collecting MSW from areas under its jurisdiction dumped the waste on the Yamuna floodplains.

It claimed that the Board has destroyed Yamuna riverbed by using it as a landfill site and is also throwing the waste into the river and making the water very toxic.