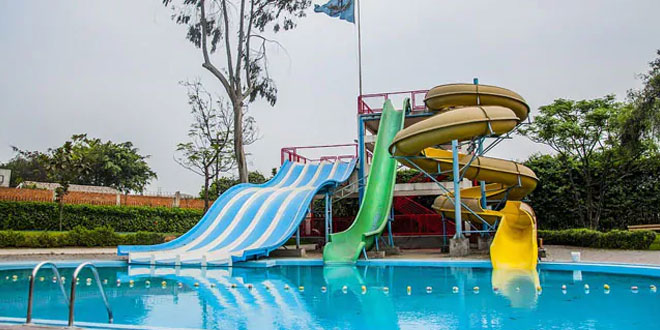 New Delhi: A high-level committee has suggested the National Green Tribunal (NGT) that treated sewage water should be supplied to ‘Appu Ghar’ in Gurugram (Gurgaon) and use of drinking water for commercial purposes should be discouraged. The committee, which included representatives of the Ministry of Environment and Forests (MoEF), Central Pollution Control Board (CPCB), Central Ground Water Authority and the Gurgaon district magistrate, told a bench headed by NGT Chairperson Justice Adarsh Kumar Goel that the amusement park has not been given permission to extract water through tubewells.

The committee told the NGT recently

Treated sewage water maybe provided from the existing line in Sector-29 to the International Recreation & Amusement Ltd. Sector-29 Gurgaon and the canal water supply connection from HUDA/HSVP line may be disconnected.

More efforts may be made to recharge all storm water of HUDA/HSVP sectors and other colonies through rain water harvesting structures. The foothills area of Aravali Ridge is acting as recharge zone for aquifers underlying in Gurgaon district.

The committee told the NGT that there was a need to adopt long-term and short-term water conservation strategies to address the water shortage problem in Gurgaon.

Taking note of the suggestions, the NGT said,

The recommendations of the committee need to be implemented at the earliest. In absence of any suggested timeline, the short-term strategies may be implemented within three months and long-term strategies within nine months. The chief secretary, Haryana may monitor the matter and send periodical reports along with the reports.

The tribunal was hearing a plea filed by RTI activist Harinder Dhingra seeking direction to restrain ‘Appu Ghar’ from using groundwater without necessary permission and constitute an expert committee to investigate the illegal extraction of groundwater resulting in depletion of the city’s water table.

The plea, filed through advocate Ayush Arora, had alleged that the amusement park is withdrawing groundwater despite the Central Ground Water Authority (CGWA) notifying Gurgaon district as “over exploited” area, where groundwater extraction is more than the average annual replenishment. Referring to an RTI query, the plea had said that the Haryana Urban Development Authority (HUDA) in June 2016 said the amusement park had been sanctioned two water connections, one of size 50mm and the other one of 25mm, while its requirement was much more. The plea had said,

Action Plan For 37 ‘Eco-Smart Stations’ Will Be Implemented In 3 Months: Railways To National Green Tribunal