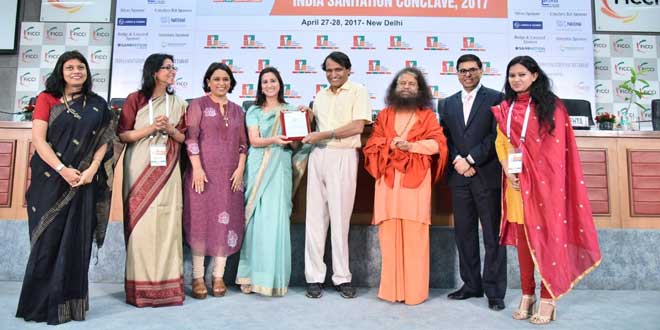 NDTV was felicitated with the ‘Media For Sanitation’ award by Railways Minister Suresh Prabhu at the ISC-FICCI Sanitation Awards & India Sanitation Conclave for the Banega Swachh India Campaign. The awards were jointly organized by FICCI and India Sanitation Coalition (ISC) on April 27, 2017 in New Delhi and aimed at identifying and recognising the efforts of various stakeholders across the whole sanitation value chain of Build-Use-Maintain-Treat. This prestigious award was given to NDTV for its flagship campaign on sanitation in partnership with Dettol – Banega Swachh India Campaign, which kick-started in September 2014. The aim of the campaign is to work towards Prime Minister Narendra Modi’s Swachh Bharat Abhiyan’s goal of an open defecation free India by 2019. Today, more than half of India’s population defecates in the open. The campaign is a five-year ambitious program to address the rising need for hygiene and sanitation in the country and work with NGO partners to support infrastructure for construction and maintenance of toilets.

In a bid to find solutions and raise awareness, the campaign has organised three 12-hours live televised and web-based cleanathons – India’s biggest and most popular sanitation event. In the first event, the campaign successfully raised Rs 281 crores to provide sanitation facilities and create awareness in rural India. It saw many corporates like Mahindra & Mahindra come forward to build over 4500 toilets across 11 states. Govinda and Big B at Banega Swachh India Cleanathon 1

In addition to that people were asked to clean up their surroundings, just 10 yards under the #Mere10Guz initiative to celebrate Mahatma Gandhi’s birth anniversary on October 2 as Rashitriya Swachhta Diwas. This saw massive participation from citizens and school children across India. 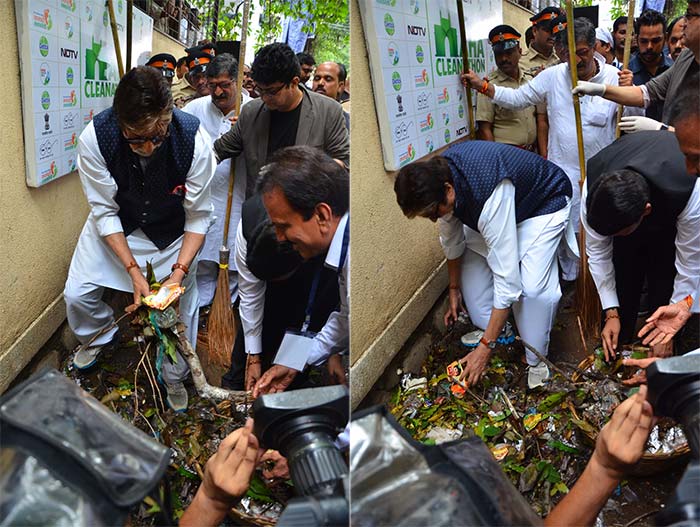 “We are here to become examples. We hope this movement continues and we can keep our cities clean,” said Amitabh Bachchan during the #MahaCleanathon

Currently, in its fourth year, the campaign aims to take up key issues of waste management, overflowing landfills, lack of recycling apart from building toilets and uplifting lives of rural India. The statistics are horrifying when it comes to waste management in India – our country is producing a whopping 62 million tonnes of garbage and around 31 million is being sent directly to landfills every year, untreated. In a bid to deal with this grim situation, the campaign plans to take the #Mere10Guz initiative forward and is promoting three steps to swachhta: keep your surroundings clean, segregate waste and adopt composting. 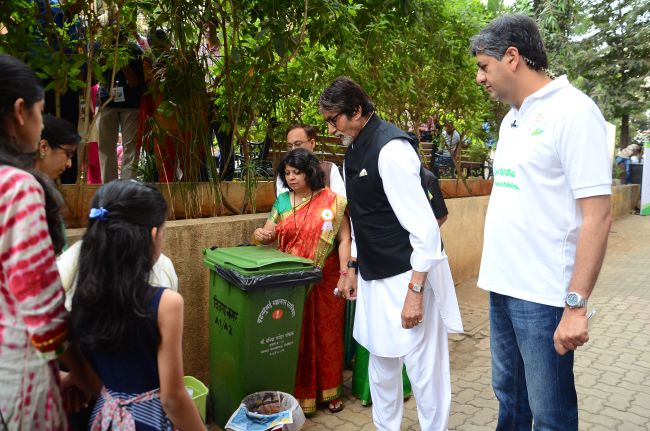 The Banega Swachh India campaign has always believed that the focus of Swachh Bharat Abhiyan should be in all areas – be it building toilets, behaviour change among the people or waste management. The campaign has been focusing on creating awareness on all the issues related to Clean India by providing a field-based reportage and web reports. The campaign aims to turn all individuals into ‘swachh’ crusaders so that together we can all achieve the dream of Clean India.